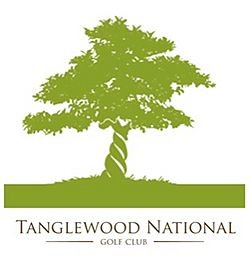 Formerly known as Tanglewood Country Club which was a private country club, the club went into receivership in 2007 after the Tanglewood Tr. road to the club was closed for 3 years destroying the business.

On June 6, 2009, Tanglewood Country Club was purchased at auction by Marc Strauss for $950,000 - less than half of its appraised value and Tanglewood National Golf Club as of July 1, 2009.

Tanglewood National Golf Club is currently in the process of being sold to the Tanglewood Lake residents. 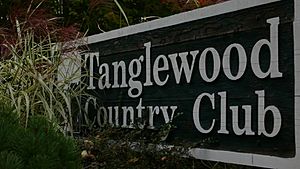 The 18 hole championship golf course was built by William F. Mitchell, a regarded member of the American Society of Golf Course Architects in 1966 and opened in 1967.

The 18-hole course sits on 132.47 acres (0.5361 km2) and features tree-lined fairways, 46 sand bunkers and water features including a creek running throughout.

With a 144 slope rating, Tanglewood is the former number one slope rated course in Northeastern Ohio. Tanglewood has hosted major golf tournaments, among them the PGA Tour's last Cleveland Open, in 1972, the LPGA Babe Zaharias Classic and the Ohio Open.

Fuzzy Zoeller, U.S. Open winner and professional golfer, said that Tanglewood could be a U.S. Open course. "Set the tees on the blues, grow the rough and you've got an open course". 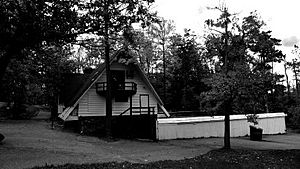 The Bagroom was located just below the Golf Shop where the members stored their golf bags. The Bagroom also housed the towel laundering facility and the range ball storage and cleaning facility. It was connected to the Cart Barn where the golf carts were housed. This building is part of phase 3 renovations.

The Pro Shop, now located in the Clubhouse is fully stocked with clubs, apparel (both men's and women's)and accessories. The snack shop is also located within the Pro Shop with full liquor license. 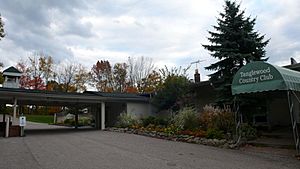 The Tanglewood Country Club Clubhouse (27,00 square feet) has gone through a complete renovation. Phase I which included redesign and replacement of roof, all new windows and doors. The exterior was refaced with split rock sandstone. The Porte Cochere has been redesigned to complement the exterior of the building. Renovations included replacement of flooring throughout, redesign of conference room, addition of 2 new bathrooms, remodel of Main Ballroom (200 guests) West Room (80) guests, for a combination of 300 attendees, the old Pavilion Restaurant will be an additional Ballroom up to 70 guests. The pool was removed and regraded. This area will be relandscaped and the parking increased as well as the driving range being enlarged.

All content from Kiddle encyclopedia articles (including the article images and facts) can be freely used under Attribution-ShareAlike license, unless stated otherwise. Cite this article:
Tanglewood National Golf Club Facts for Kids. Kiddle Encyclopedia.