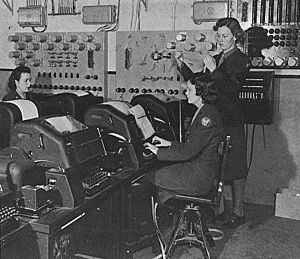 Though teleprinters have been replaced by other technologies, TDDs (Telecommunications Devices for the Deaf), which are based on the idea and design of teletypes, are still used these days. Not all people who are deaf, hard of hearing, or speech-impaired have switched to using instant messaging or texting or other modern services. Many still type messages back and forth to one another by TDD.