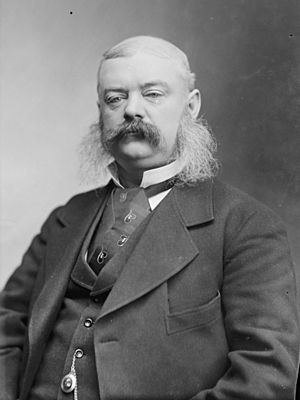 He was born in Albany, New York, where he was educated at a private school and the Boys' Academy. Early in life entered the brewery business with his father and subsequently became senior member of the firm.

At the outbreak of the American Civil War he was commissioned a second lieutenant in Company B, Twenty-fifth Regiment, New York State Militia Volunteers which was ordered to the defense of Washington, D.C. in April 1861. He was assigned to duty at Arlington Heights.

He was buried in St. Agnes Cemetery, Menands, New York.

All content from Kiddle encyclopedia articles (including the article images and facts) can be freely used under Attribution-ShareAlike license, unless stated otherwise. Cite this article:
Terence J. Quinn Facts for Kids. Kiddle Encyclopedia.