The movie is set in the future in North America. It is about twenty-four teenagers fighting each other in the "Hunger Games". They fight until there is only one person left alive. It shows survival of the fittest in extreme conditions. The games are broadcast live on television in the whole country of Panem.

The reviews of the movie were mostly positive. Its box office performance was very good. 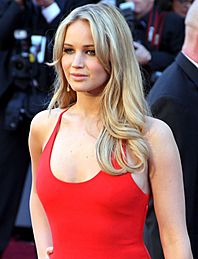 Jennifer Lawrence portrays Katniss Everdeen, and had her hair colored dark brown for the role. 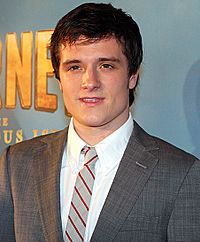 All content from Kiddle encyclopedia articles (including the article images and facts) can be freely used under Attribution-ShareAlike license, unless stated otherwise. Cite this article:
The Hunger Games (movie) Facts for Kids. Kiddle Encyclopedia.