The Snow Hole facts for kids

Kids Encyclopedia Facts
This page is about a place in New York state. For the shelter, see snow cave. 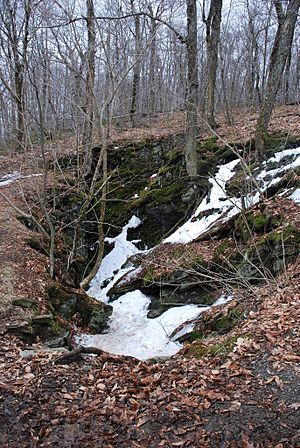 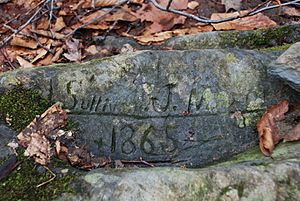 Numerous engravings in the rocks surrounding the Snow Hole include names and dates of visitors dating to the 19th century. The oldest carving found is from the early 19th century.

Other examples of persistent snow include the snow patches in Scotland. These areas are associated with a characteristic cold-loving flora and fauna and it is likely that the Snow Hole also served as a refugium for small ice age species. Both are examples of nivation hollows.

All content from Kiddle encyclopedia articles (including the article images and facts) can be freely used under Attribution-ShareAlike license, unless stated otherwise. Cite this article:
The Snow Hole Facts for Kids. Kiddle Encyclopedia.