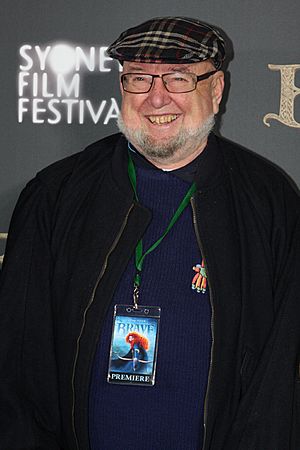 Thomas Michael Keneally (October 7, 1935) is an Australian writer. He has won several major awards including the Miles Franklin Award and the Booker Prize.

Keneally was born in Sydney, Australia, in 1935. His early life was spent in northern New South Wales around the towns of Kemspey, Wauchope and Taree. He began training to become a Roman Catholic priest but left at the end of six years when he had a nervous breakdown. He wanted to be able to marry, which he did later and had two daughters. His first job was as a teacher, and during this time he began writing short stories. He began studying to become a lawyer and wrote his first book, a novel called The Place at Whitton, in 1964.

Keneally was the first chairman of the Australian Republican Movement.

All content from Kiddle encyclopedia articles (including the article images and facts) can be freely used under Attribution-ShareAlike license, unless stated otherwise. Cite this article:
Thomas Keneally Facts for Kids. Kiddle Encyclopedia.