Tony Danza (born Anthony Salvatore Iadanza; April 21, 1950 in Brooklyn, New York) is an American actor, producer and boxer. His mother was an immigrant from Sicily; his father was a sanitation worker. Danza made his big screen debut in the 1981 movie Going Ape!. Danza was also the host of the ESPY Awards in 1996 and Miss America in 2002. 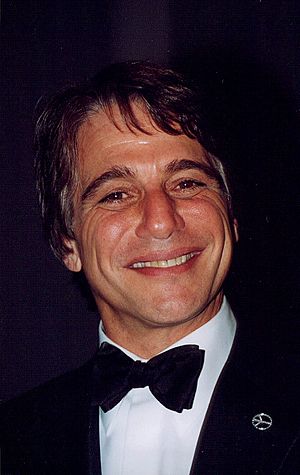 All content from Kiddle encyclopedia articles (including the article images and facts) can be freely used under Attribution-ShareAlike license, unless stated otherwise. Cite this article:
Tony Danza Facts for Kids. Kiddle Encyclopedia.