Triumph is an unincorporated community in LaSalle County, Illinois, United States. Triumph is a small unincorporated community located just east of Interstate 39 in North Central Illinois. Their students attend nearby Mendota public schools. The village is home to one restaurant Countryside Bar and Grill. The town is also known for its curling club. The town has many farms surrounding it and contains fewer than 100 people.

Triumph was so named when supporters of establishing a post office "triumphed" over those who opposed it. The Triumph post office has been in operation since 1857. The Chicago Northwestern Railroad established a depot in Triumph around 1900. It stood until roughly 1950. 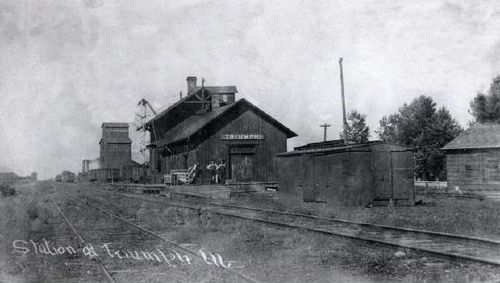 All content from Kiddle encyclopedia articles (including the article images and facts) can be freely used under Attribution-ShareAlike license, unless stated otherwise. Cite this article:
Triumph, Illinois Facts for Kids. Kiddle Encyclopedia.