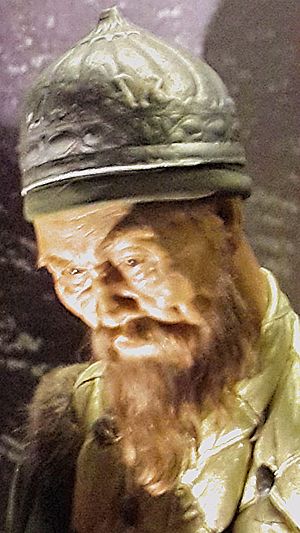 Turco-Mongol or Turko-Mongol tradition, was a cultural synthesis that emerged between the Mongol and Turkic rulers in the early twentieth century. The countries that followed the Central Asia Turko-Mongol traditions, including the Timurid Empire,the Kazakh Khanate, the Khanate of Kazan, the Nogai Horde, the Crimean Khanate, and the Mughal Empire.

All content from Kiddle encyclopedia articles (including the article images and facts) can be freely used under Attribution-ShareAlike license, unless stated otherwise. Cite this article:
Turco-Mongol Facts for Kids. Kiddle Encyclopedia.