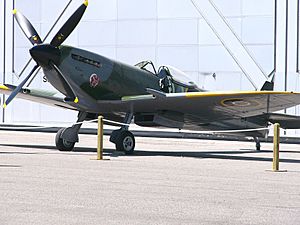 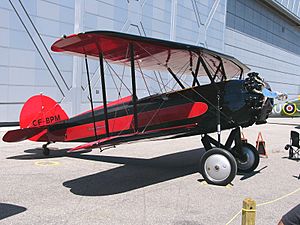 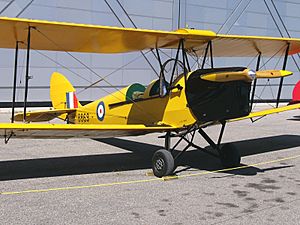 Vintage Wings of Canada is a not for profit, charitable organization, with a collection of historically significant aircraft. The facility is located at the Gatineau-Ottawa Executive Airport, Quebec, Canada. It was founded by former Cognos CEO and philanthropist Michael U. Potter. Most aircraft in the collection are in flying condition, or being restored to flying condition and are frequently flown.

The facility is located in a 23,000 sq ft (2,100 m2) hangar that was designed to resemble a wartime military hangar. The hangar is open on Saturdays from 9:00 a.m. to 3:00 p.m. for public visitors. Visits from Monday to Friday need to be scheduled in advance. As well, the facility is host to group tours, aircraft fly-ins and visits by veterans with prior arrangement.

Vintage Wings is a flying museum, which displays its aircraft in the air and on the ground at many airshows and other events such as Royal Military College of Canada graduation parades, Battle of Britain Sunday parades and many other air shows in Canada and the USA.

The organization states its mission as:

Vintage Wings was created by former Cognos CEO and founder Michael Potter, following his retirement from the company. After retiring Potter developed an interest in collecting "exotic vintage aircraft", starting in 2000. As the collection grew Potter decided to form a foundation to acquire, manage, maintain and fly the aircraft. Potter recruited a cadre of professional pilots, including a number from the National Research Council Flight Test Laboratory, to assist in managing, displaying and flying the aircraft.

The aircraft owned by Vintage Wings are:

Aircraft for sale, sold or no longer in Collection include:

All content from Kiddle encyclopedia articles (including the article images and facts) can be freely used under Attribution-ShareAlike license, unless stated otherwise. Cite this article:
Vintage Wings of Canada Facts for Kids. Kiddle Encyclopedia.