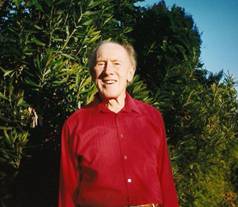 Lamb in an undated photo.

Warren Lamb (28 April 1923 – 21 January 2014) was an English management consultant, teacher and lecturer. He was a pioneer in the field of nonverbal behavior, doing significant work in Laban Movement Analysis. He also created Movement Pattern Analysis. He was born in Wallasey, Lancashire (now Metropolitan Borough of Wirral, Merseyside).

Lamb died on 21 January 2014 in Claremont, California in the United States. He was 90 years old. He was outlived by his second wife and four children.

All content from Kiddle encyclopedia articles (including the article images and facts) can be freely used under Attribution-ShareAlike license, unless stated otherwise. Cite this article:
Warren Lamb Facts for Kids. Kiddle Encyclopedia.