The Wellington Rowing Club is a rowing club situated on Wellington Harbour, New Zealand. The current building, is classified as a "Category I" ("places of 'special or outstanding historical or cultural heritage significance or value'") historic place by the New Zealand Historic Places Trust.

The Wellington Rowing Club was first established in October 1871 as a professional club. Founded by James Stewart, a prominent sawmiller "the main reason for forming the new club was to enable ‘working men’ to take part in aquatic sports".

The Dolly Varden was later sold and by 1880 the Wellington Rowing Club (professional), as then constituted, went out of existence.

The Wellington Rowing Club was later re-established as an amateur club in July 1885 by James Stewart. 2010 marked the 125th anniversary of the amateur club.

The club's colours consist of a maroon singlet with a white horizontal band. The original colours of the club when it was established in 1885 were (salmon) pink and white. The club commemorated these origins by changing back to the original colours for the 125th season (2009/10).

The WRC building has been housed in a number of locations throughout its 125-year history. The club opened its first permanent clubhouse at the bottom of Cuba Street, Wellington on 17 December 1887. Later in 1889, due to ongoing harbour reclamations, the clubhouse was moved "some little distance seaward" to its site just north of Jervois Quay. This was the home for the club until 1931. 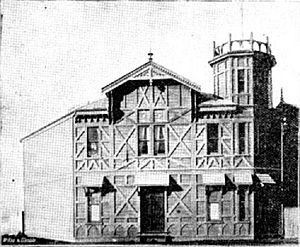 Built in 1894 to a design by Frederick de Jersey Clere, the building was built as a base for the Wellington Naval Artillery Volunteers, a response prompted by a Defence report in 1884 that recommended strengthening Wellington's harbour defences to help prevent a possible Russian invasion.

The building was never used for this purpose and in 1927 the building became the first home of the Wellington Free Ambulance. After a short stay, the Free Ambulance moved into its new purpose-built home (now St. John Heineken Hotel). At the same time the Wellington Rowing Club took over as custodian of the 'Old Navals Hall' in 1931 and remains such to this day. 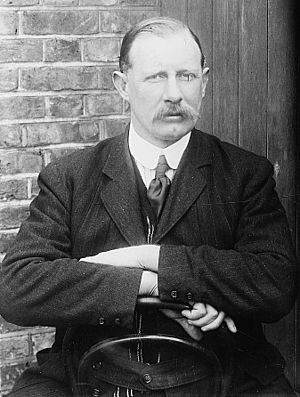 George Lauchlan was the manager of the famous 1925 New Zealand eight that travelled to Australia and won the New South Wales Championship.

Tris Hegglun and Owen Wares were members of the club before World War II. During the war they represented the 2nd New Zealand Expeditionary Force (NZEF) which beat the Cairo River Club and an all-Egyptian representative crew to win the Freyberg Cup. Today the Sir Bernard Freyberg Cup is allocated to the champion single sculls at the New Zealand National Club Championships.

In 1968 John Hunter (5) and Tom Just (2) represented New Zealand in the eight at the 1968 Summer Olympics which finished fourth.

All content from Kiddle encyclopedia articles (including the article images and facts) can be freely used under Attribution-ShareAlike license, unless stated otherwise. Cite this article:
Wellington Rowing Club Facts for Kids. Kiddle Encyclopedia.