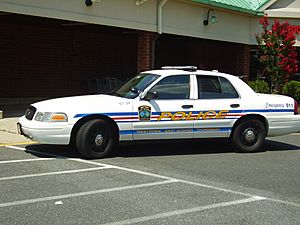 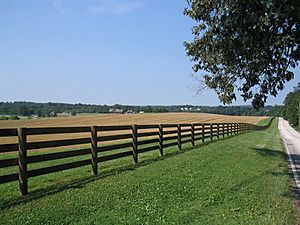 Westtown Township is a township in Chester County, Pennsylvania, United States. The population was 10,827 at the 2010 census.

County Bridge No. 148 was listed on the National Register of Historic Places in 1988.

There were 3,705 households, out of which 38.7% had children under the age of 18 living with them, 70.6% were married couples living together, 6.9% had a female householder with no husband present, and 20.4% were non-families. 16.0% of all households were made up of individuals, and 4.0% had someone living alone who was 65 years of age or older. The average household size was 2.78 and the average family size was 3.14.

Westtown Township is governed by a three(3) member Board of Supervisors. Under the supervision of the Board the township has many arms of government, including the Township's Planning Commission, Historical Commission, Parks & Recreation Commission, and the Zoning Hearing Board.

Township Board of Supervisors members 2015: 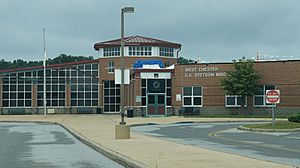 All content from Kiddle encyclopedia articles (including the article images and facts) can be freely used under Attribution-ShareAlike license, unless stated otherwise. Cite this article:
Westtown Township, Chester County, Pennsylvania Facts for Kids. Kiddle Encyclopedia.