Wildlife HQ Zoo (formerly Queensland Zoo), is located at the Big Pineapple, Woombye, Queensland on the Sunshine Coast, Queensland and opened in November 2013. In March 2014 many animals were relocated from the now closed Alma Park Zoo.

The zoo is open everyday of the year except Christmas Day. It is open between 9am and 4pm with the last entry at 3pm.

Wildlife HQ has a range of species from around the world. 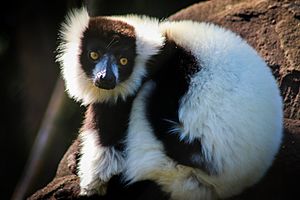 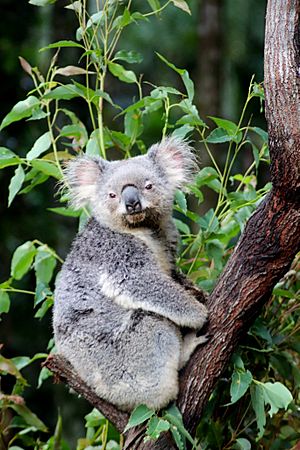 Wildlife HQ has a diverse collection of non-venomous snakes, lizards and Radiated Tortoises. The majority of the reptile collection is exhibited in the zoo's Reptile Barn.

In April 2014, a tarantula was stolen from the zoo.

In May 2014, there were concerns that a local music festival would impact the animals at the zoo.

All content from Kiddle encyclopedia articles (including the article images and facts) can be freely used under Attribution-ShareAlike license, unless stated otherwise. Cite this article:
Wildlife HQ Zoo Facts for Kids. Kiddle Encyclopedia.