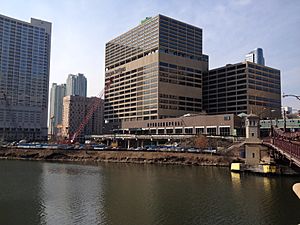 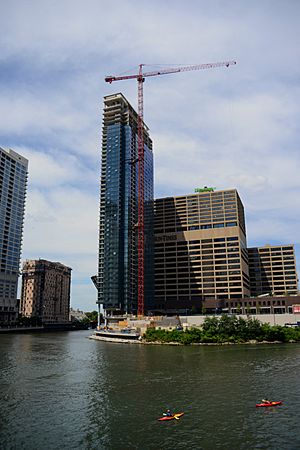 Wolf Point South Tower is the tallest of three planned buildings to be developed in the Near North Side community area on the Wolf Point next to the Chicago River in downtown Chicago. The building is planned to be 950 feet (289.56 m) tall. The East Tower is also under construction.

All content from Kiddle encyclopedia articles (including the article images and facts) can be freely used under Attribution-ShareAlike license, unless stated otherwise. Cite this article:
Wolf Point South Tower Facts for Kids. Kiddle Encyclopedia.