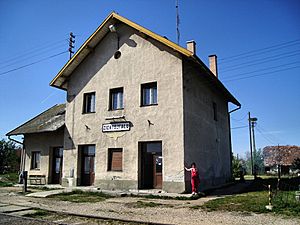 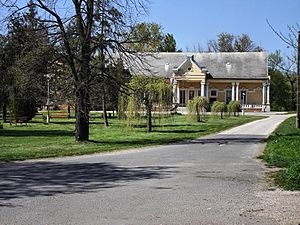 Zichyújfalu is a village in Fejér County, about 10 km from Lake Velencei, which is more or less easy to reach on road and on railway (Pusztaszabolcs-Székesfehérvár line). The settlement used to be a part of Gárdony but declared its independence in December 1997.

The settlement is first mentioned in writing in 1239, when villa Nowa (Nova) belonged to the Vértes estates of the Csák clan. In 1447 it is mentioned as a noble name as Wyfalw (Újfalu).

The Family Zichy appeared as the landlord in Újfalu during Turkish occupation. After the Turkish rule the serfs of Seregélyes rented the land for some time. In 1784 the owner of the estate, János Zichy, the son of Ferenc Zichy had a castle built in Újfalu and established a deer-park.

The paphrase Zichy in the name of the settlement refers to these earlier landlords, the members of the Zichy family. The hunting residence of de count is also in the village; currently the Mayor's Office functions in this building, therefore the building can only be observed from outside. The park and the forest of the castle offer active relaxation.

All content from Kiddle encyclopedia articles (including the article images and facts) can be freely used under Attribution-ShareAlike license, unless stated otherwise. Cite this article:
Zichyújfalu Facts for Kids. Kiddle Encyclopedia.