A+D Museum, also known as Architecture and Design Museum, Los Angeles, is a museum located in downtown Los Angeles Arts District at 900 E 4th Street. Currently, it is led by its executive director and chief curator, Anthony Morey, a Los Angeles-based writer, theorist, designer and curator. A design think tank, the A+D museum aspires to maintain its diverse and innovative activities to continue to bring contemporary, progressive and emerging design and architecture to international audiences. 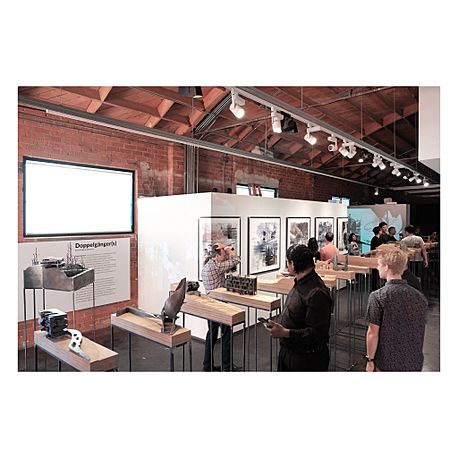 A+D Museum was founded by Stephen Kanner and Bernard Zimmerman in 2001. Kanner was inspired by a similar museum he had visited in Helsinki, Finland.

The Museum first opened its doors in January 2001 in the Bradbury Building, located at 304 South Broadway (3rd Street and Broadway) in downtown Los Angeles; a space donated by Ira Yellin. When the Bradbury building was sold in 2003 the museum moved to a temporary location on the Sunset Strip in West Hollywood. In 2006 it found a home on Museum Row in the Miracle Mile district at 5900 Wilshire Boulevard; across the street from the Los Angeles County Museum of Art. In April 2010, the museum moved down the street to 6032 Wilshire Boulevard. Displaced by the extension of the Metro Purple Line, A+D Museum returned to downtown Los Angeles to a warehouse-turned-museum in the Arts District in the summer of 2015.

A+D Museum was created to celebrate and promote an awareness of architecture and design in everyday life through exhibits, educational programs, and public outreach to the design community as well as the public in the greater Los Angeles area.

A+D Museum is an all-inclusive information and education center for design, including architecture, interior design, landscape design, fashion design, product design, graphic design, and film/theater design. It is the only museum in Los Angeles where continuous exhibits of architecture and design are on view. Through exhibits, symposia, multi-disciplinary projects, educational and community programming, A+D serves as a showcase for the work of important regional, national and international designers, providing a forum for contemporary issues in architecture, urbanism, and design that are helping to shape the city.

A+D Museum is a non-profit 501(c)(3) organization funded by public donations, government and private foundation grants and corporate sponsors. A+D is a member of the American Alliance of Museums, the International Confederation of Architectural Museums and is recognized by design industry associations such as the American Institute of Architects/LA, the Industrial Designers Society of America/LA and the American Architectural Foundation.

Key exhibitions define the agenda of the museum and its contributions to the discourse of architecture. Some of the A+D notable exhibits include:

Past board of directors

All content from Kiddle encyclopedia articles (including the article images and facts) can be freely used under Attribution-ShareAlike license, unless stated otherwise. Cite this article:
A+D Museum Facts for Kids. Kiddle Encyclopedia.