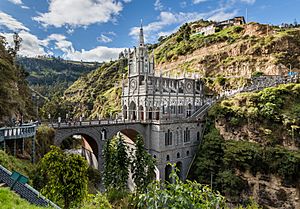 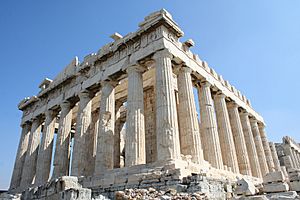 The Parthenon in Greece uses columns all made in stone 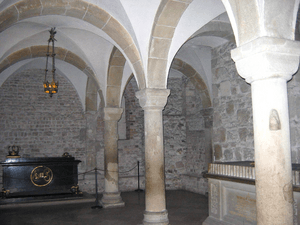 In the past, people built huts and wood houses to protect themselves from the weather. For safety, they were often close together. Great civilizations like the Ancient Egyptians built large temples and structures, like the Great Pyramids of Giza. The Ancient Greeks and Romans made what we now call "Classical Architecture". The Romans, working over 2000 years ago, copied the arch from the Etruscans, who copied it from the Mesopotamians. The stone columns, which still hold up so many important buildings, like the Parthenon in Athens, were simply copied from the first wooden posts. 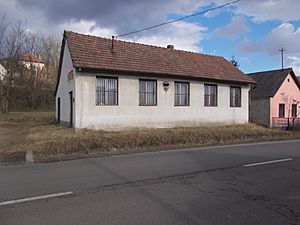 A simpler building, in Hungary

Classical Architecture was very formal, and it always obeyed laws. It used symmetry, which really means balance, and it used proportion which means keeping shapes in certain ways. The Golden Mean was a rule (or law) which said, (to put it very simply) if you are making a room, or any other thing, it will work best if you always make the long side 1.6 times longer than the short side. There are many laws in Classical Architecture, like how high the middle of an arched bridge needs to be (which depends on how wide the bridge needs to be). These laws were learned from thousands of years of experience and they are as true today as they were 2000 years ago.

In some parts of the world, like India, the architecture is famous for carving the stone on temples and palaces. Different architectural styles were made in China, Japan, Southeast Asia, Africa, Mexico, and Central and South America.

Later, people in Western Europe in the Middle Ages made Romanesque architecture, then Gothic architecture. Gothic buildings have tall, pointed windows and arches. Many churches have Gothic architecture. Castles were also built at this time. In Eastern Europe, churches usually had domes. People added their own ideas and decoration to the Classical Architecture of the past. The Renaissance brought a return to classical ideas. 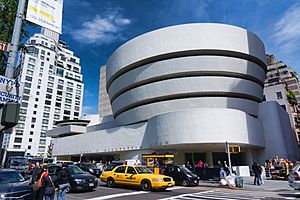 Architecture can have many styles, such as the curved Guggenheim Museum in New York City

In the late 18th century with the Industrial Revolution, people began to invent machines to make things quickly and cheaply. Many factories and mills were built during, or after this revolution. Decades later, in the Victorian era, architects like George Fowler Jones and Decimus Burton still followed the Gothic style to build new churches. Up to this point, buildings were limited in size and style by the strength of the wood and masonry used to construct them. Gothic cathedrals were among the largest buildings because the gothic arch when combined with buttresses allowed stone buildings to be built taller. For example, the cathedral in Ulm, Germany is over 500 feet tall. However, building with stone has its limits, and building too tall could result in collapse, an example of which is the Beauvais Cathedral, which was never completed. 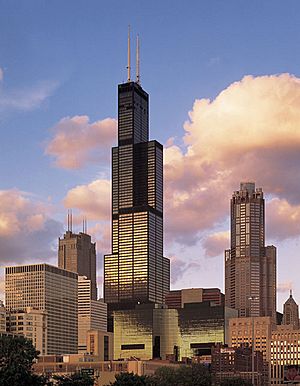 Towards the end of the 19th Century with a second Industrial Revolution, steel became much cheaper. Architects began to use inventions like metal girders and reinforced concrete to build. An example is the Eiffel Tower in Paris. Buildings can now be built taller than ever before. We call them skyscrapers. This new technology has made us free from traditional limitations, and because of the new possibilities presented by these materials, many traditional methods of construction and ideas about style were reevaluated, replaced, or abandoned. Cheap, strong glass soon brought transparent exterior walls, especially for office buildings.

Modernism is the name for the architectural style which developed because of these new building technologies, and its beginnings can been seen as early as 1890. Modernism can also refer to a specific group of architects and buildings from the early to late 20th century, and so may not be the proper term to use for many building built since then, which are sometimes called "post-modern".

Many of the world's greatest structures were built by modern-day architects such as Frank Lloyd Wright, I. M. Pei, Adrian Smith, Edward Durell Stone, Fazlur Khan, and Bruce Graham.

All content from Kiddle encyclopedia articles (including the article images and facts) can be freely used under Attribution-ShareAlike license, unless stated otherwise. Cite this article:
Architecture Facts for Kids. Kiddle Encyclopedia.