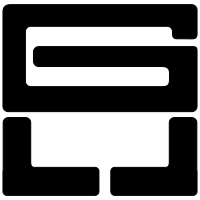 Hyōgo Prefecture is a prefecture in the Kansai region of Japan on the island of Honshu. The capital city is Kobe.

In the Meiji period, Hyōgo Prefecture was formed by merging the provinces of Harima, Tajima, Awaji, and parts of Tamba and Settsu.

In 1993, Himeji Castle was named a UNESCO World Heritage Site. It is in the city of Himeji.

In 1995, the Great Hanshin earthquake damaged Kobe and neighboring Osaka Prefecture. It caused the deaths of 5,000+ people.

Hyōgo has coastlines on two seas. The Sea of Japan is north of the prefecture and the Seto Inland Sea is on the south. Awaji Island in the Inland Sea is part of Hyōgo.

There are twenty-nine cities in Hyōgo Prefecture, including

National Parks are established in about 20% of the total land area of the prefecture.

Izumo daijinju is the chief Shinto shrines (ichinomiya) in the prefecture.

All content from Kiddle encyclopedia articles (including the article images and facts) can be freely used under Attribution-ShareAlike license, unless stated otherwise. Cite this article:
Hyōgo Prefecture Facts for Kids. Kiddle Encyclopedia.