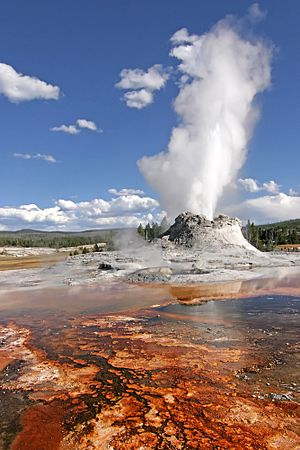 World Heritage Sites are places in the world which are very important from the cultural or natural point of view. These places are selected by UNESCO, a part of the United Nations.

The sites are places (such as a forest, mountain, lake, desert, monument, building, complex, or city). As of 2014[update], 1007 sites in 161 different countries are listed. There are 779 cultural sites, 197 natural sites, and 31 mixed properties. Italy has 50 sites on the list, which is the most for any country.

Each World Heritage Site remains part of the legal territory of the nation where the site is located. UNESCO wants everyone in the world to work to protect each site. Sometimes UNESCO provides funds to help protect a site. Islamic State of Iraq and the Levant have destroyed some sites.

Until the end of 2004, there were six criteria for cultural heritage and four criteria for natural heritage. In 2005, this was modified so that there is only one set of ten criteria. Nominated sites must be of "outstanding universal value" and meet at least one of the ten criteria. If a site meets criteria in both cultural and natural, it is called a "mixed site". 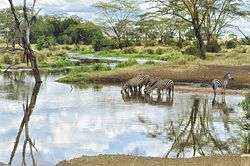 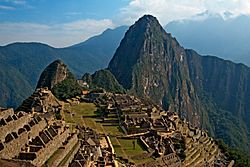 UNESCO designation as a World Heritage Site provides prima facie evidence that such culturally sensitive sites are legally protected pursuant to the Law of War, under the Geneva Convention, its articles, protocols and customs, together with other treaties including the Hague Convention for the Protection of Cultural Property in the Event of Armed Conflict and international law.

"Article 53. PROTECTION OF CULTURAL OBJECTS AND OF PLACES OF WORSHIP. Without prejudice to the provisions of the Hague Convention for the Protection of Cultural Property in the Event of Armed Conflict of 14 May 1954,' and of other relevant international instruments, it is prohibited:

(a) To commit any acts of hostility directed against the historic monuments, works of art or places of worship which constitute the cultural or spiritual heritage of peoples;
(b) To use such objects in support of the military effort;
(c) To make such objects the object of reprisals."

All content from Kiddle encyclopedia articles (including the article images and facts) can be freely used under Attribution-ShareAlike license, unless stated otherwise. Cite this article:
World Heritage Site Facts for Kids. Kiddle Encyclopedia.