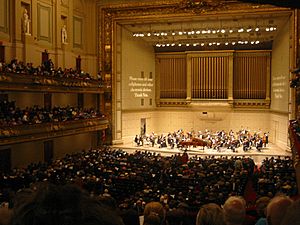 Acoustics is the science that deals with the study of sound, ultrasound and infrasound (all mechanical waves in gases, liquids, and solids). A scientist who works in the field of acoustics is an acoustician. The application of acoustics in technology is called acoustical engineering.

Hearing is one of the most crucial means of survival in the animal world, and speech is one of the most distinctive characteristics of human development and culture. So it is no surprise that the science of acoustics spreads across so many facets of our society - music, medicine, architecture, industrial production, warfare and more.

The word "acoustic" is derived from the Greek word akoustikos, meaning "of or for hearing, ready to hear". After acousticians had extended their studies to frequencies above and below the audible range, it became conventional to identify these frequency ranges as "ultrasonic" and "infrasonic" respectively, while letting the word "acoustic" refer to the entire frequency range without limit.

The study of acoustics revolves around the generation, propagation and reception of mechanical waves and vibrations. 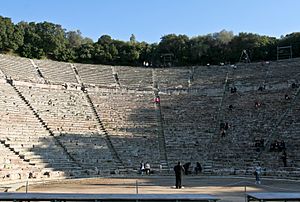 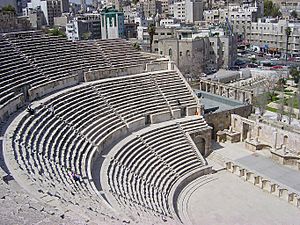 Principles of acoustics have been applied since ancient times : A Roman theatre in the city of Amman

Many books and websites about musical theory written by Western musicologists mention Pythagoras as the first person studying the relation of string lengths to consonance.

However, from at least 3000 BC, the Chinese were already using a scale based on the knotted positions of overtones that indicated the consonant pitches related to the open string, present at their Guqin. Like the Chinese, Pythagoras wanted to know why some intervals seemed more beautiful than others, and he found answers in terms of numerical ratios representing the harmonic overtone series on a string. 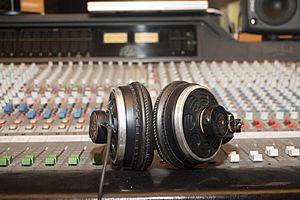 Aristotle (384-322 BC) understood that sound consisted of contractions and expansions of the air "falling upon and striking the air which is next to it...", a very good expression of the nature of wave motion.

In about 20 BC, the Roman architect and engineer Vitruvius wrote about acoustical properties of theatres including discussion of interference, echoes, and reverberation—the beginnings of architectural acoustics.

The physical understanding of acoustical processes advanced rapidly during and after the Scientific Revolution. Galileo (1564–1642) and Mersenne (1588–1648) independently discovered the complete laws of vibrating strings (completing what Pythagoras had started 2000 years earlier). 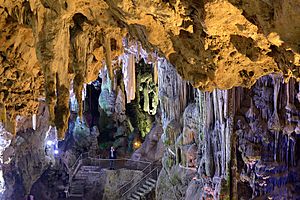 St. Michael's Cave - Its largest chamber, Cathedral Cave, was converted to a 100 seat theater due to natural acoustic properties

Experimental measurements of the speed of sound in air were carried out successfully between 1630 and 1680 by a number of investigators, prominently Mersenne. Meanwhile Isaac Newton (1642–1727) realised the relationship for wave velocity in solids, a cornerstone of physical acoustics (Principia, 1687).

The eighteenth century saw major advances in acoustics at the hands of the great mathematicians of that era, who applied the new techniques of the calculus to the elaboration of wave propagation theory. In the nineteenth century the giants of acoustics were Helmholtz in Germany, who combined the field of physiological acoustics, and Lord Rayleigh in England.

The twentieth century saw a increase of technological applications of the large body of scientific knowledge that was by then in place. The first such application was Sabine’s groundbreaking work in architectural acoustics, and many others followed. Underwater acoustics was used for detecting submarines in the first World War. 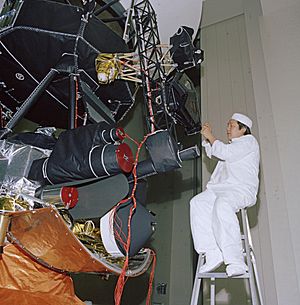 Sound recording and the telephone played important roles in a global transformation of society. Sound measurement and analysis reached new levels of accuracy and sophistication through the use of electronics and computing.

The ultrasonic frequency range enabled whole new kinds of applications in medicine and industry. New kinds of transducers (generators and receivers of acoustic energy) were invented and put to use.

Physicists and acoustic engineers tend to discuss sound pressure levels in terms of frequencies, partly because this is how our ears interpret sound. What we experience as "higher pitched" or "lower pitched" sounds are pressure vibrations having a higher or lower number of cycles per second. 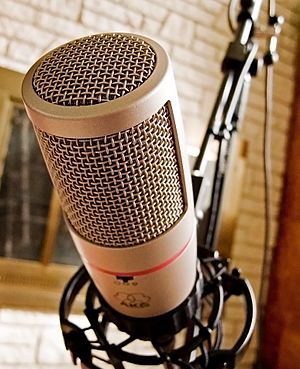 The entire spectrum can be divided into three sections: audio, ultrasonic, and infrasonic. The audio range falls between 20 Hz and 20,000 Hz. This range is important because its frequencies can be detected by the human ear. This range has a number of applications, including speech communication and music.

The ultrasonic range refers to the very high frequencies: 20,000 Hz and higher. This range has shorter wavelengths which allows better resolution in imaging technologies. Medical applications such as ultrasound and elastography rely on the ultrasonic frequency range.

On the other end of the spectrum, the lowest frequencies are known as the infrasonic range. These frequencies can be used to study geological phenomenon such as earthquakes. 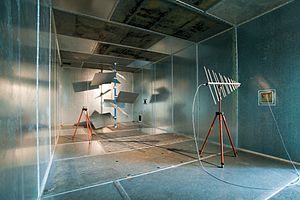 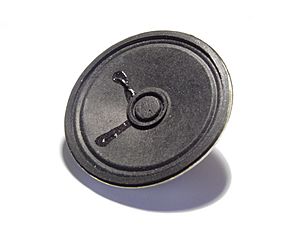 Acoustic transducers include loudspeakers, microphones, hydrophones and sonar projectors. These devices convert an electric signal to or from a sound pressure wave.

A subwoofer, used to generate lower frequency sound in speaker audio systems, is an electromagnetic device.

All content from Kiddle encyclopedia articles (including the article images and facts) can be freely used under Attribution-ShareAlike license, unless stated otherwise. Cite this article:
Acoustics Facts for Kids. Kiddle Encyclopedia.