A. C. Jose facts for kids 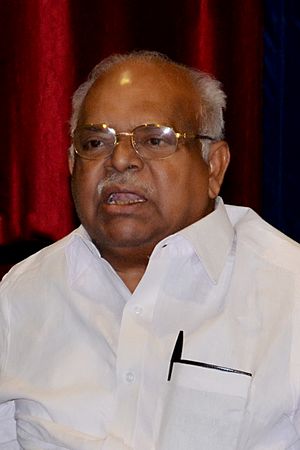 Ambat Chacko Jose (Malayalam: അമ്പാട്ട് ചാക്കോ ജോസ്; 5 February 1937 – 23 January 2016) was an Indian politician. He was Speaker of the Kerala Legislative Assembly. He also served as a Member of Parliament from Thrissur Lok Sabha constituency in Kerala three times between 1996 and 2004. He was born in Edapally, Ernakulam.

All content from Kiddle encyclopedia articles (including the article images and facts) can be freely used under Attribution-ShareAlike license, unless stated otherwise. Cite this article:
A. C. Jose Facts for Kids. Kiddle Encyclopedia.