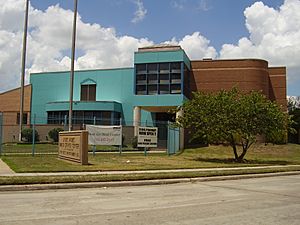 Acres Homes is a neighborhood located in northwest Houston, Texas. The 9-square-mile (23 km2) mile area is loosely bounded by the city limits and West Gulf Bank Road to the north; Pinemont Drive to the south; North Shepherd Drive to the east; and Alabonson Drive to the west. Historically, it has been predominantly African American. Unincorporated for decades, it was annexed to Houston in 1967.

Acres Homes was established during World War I, when Houston landowners began selling homesites in the area that were large enough to contain small gardens and raise chickens or farm animals. These large areas were often divided by the acre and not by the plot, hence the name "Acres Homes". The farm capabilities of the home sites attracted many rural settlers, who dug their own wells, and built small, sanitary houses. Kristen Mack of the Houston Chronicle said that Acres Homes was originally marketed as "a bit of genteel country with quick and easy access to the city." The community was also touted as a place where African Americans could own houses and land instead of being in more dense urban areas. At one time it was the largest unincorporated African-American community in the Southeastern United States.

As time went on, the conditions began declining due to several decades of neglect. As the rural settlers moved out of their dilapidated homes, realtors began marketing the area, largely to African Americans, as a suburban area which was not far from the city. In reality, it was a heavily wooded, sparsely settled slum without adequate transportation or educational facilities. of Acres Homes territory. Mack said that the appeal of Acres Homes ended around the 1970s.

Before it was annexed by the city of Houston, Acres Homes was considered to be the largest unincorporated African American community in the Southern United States. The area's location close to Garden Oaks - a primarily working-class white neighborhood in the 1960s and 1970s- birthed racial tensions in north Houston during the racial equality movement of the time. The community now includes a combination of large areas of pine forests with a scattering of homes: small tract homes built in standard suburban subdivisions, and large comfortable homes on well-maintained wooded lots. There is little commercial or industrial development. It covers 5,733 acres (23.20 km2).

The community has 9 square miles (23 km2) of land. Acres Homes had 8,548 housing units in 2002; 31% were rental units. Rafael Longoria and Susan Rogers of the Rice Design Alliance said that the layout of Acres Homes could be described as "rurban," a word coined in 1918 which describes an area with a mix of urban and rural characteristics. Undeveloped land permeates Acres Homes in a checkerboard-like pattern.

In 2002 Kristen Mack of the Houston Chronicle said "Fairly or not, Acres Homes has become synonymous with "urban blight" in Houston" and that Acres Homes "can best be described as a bit schizophrenic." As of 2002 the community had many shotgun houses; many residents rent them from absentee landlords. Many acres of land in the community are empty. Most areas of the community have small wood frame houses described by Mack as "ramshackle," while some areas have large houses described by Mack as "comfortable." In 2002, many of the formerly large properties had been sectioned off, and horses were commonplace in the neighborhood. Most areas in Acres Homes had no curbs, no sidewalks, and no storm drains. Deep ditches lined many of the streets. The area does not have a lot of commercial or industrial development. As of 2008 Acres Homes has the largest concentration of closed landfills in Houston, including permitted and unpermitted ones.

According to Sammie Mae Ford, a resident of Acres Homes quoted in the Houston Chronicle, in the 1920s most of the residents had gardens in their yards and raised chickens and hogs. Ford described Acres Homes as "like it was the country" and "a place where people had to help each other."

In rap media Acres Homes is nicknamed the "44," pronounced "fo-fo." The name originates from the #44 METRO bus route that goes through Acres Homes.

According to the 2000 census, the current population of Acres Homes Super Neighborhood #6 is 23,512. 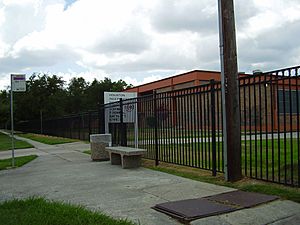 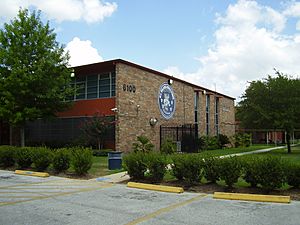 The eastern part of the community is located in the Houston Independent School District (HISD). The HISD portion is divided by Highland Heights, Wesley, and Osborne Elementary schools. All HISD Acres Homes residents are zoned to Williams Middle School in Acres Homes. All HISD area residents are served by Booker T. Washington High School in the Independence Heights community. Prior to Houston ISD's 2005 reorganization, the Acres homes Administrative Division, headquartered in Wesley Elementary School, helped manage the area elementary and middle schools.

In February 2010 HISD opened the High School Ahead Academy (HSAA) in Acres Homes. It is a school which allows over-age middle school students to rapidly accelerate through school so they can catch up. It is located in the former Hohl Elementary School campus.

In summer 1991 the principal of Wesley, Thaddeus Lott, received media attention, and that fall the school grew by 250 students as area parents, including some from other school districts, wished to enroll their children in Wesley. 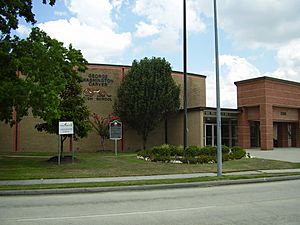 The western part of Acres Homes is in the Aldine Independent School District.

A portion of the Aldine ISD section of Acres Homes is zoned to Carver High School, while the other portion is served by Eisenhower High School.

In 1977 the Federal Government of the United States placed on Aldine ISD, asking it to desegregate several majority Black schools. Enacted in 1978, the plan required Aldine ISD to redraw the attendance boundaries of its schools so that no more than 30% of the students of each school were African-American. As a result, three schools in Acres Homes became 5-6 grade schools. Carver High School was no longer a zoned school and became a magnet school.

A portion of the northern part of Acres Homes is within the Klein Independent School District and is served by Klein Forest High School. 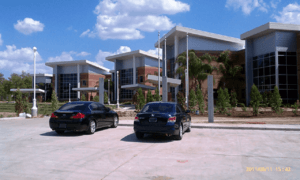 The Houston Community College serves the portions in Houston ISD.

The Victory Center of Lone Star College–North Harris is located in Acres Homes. 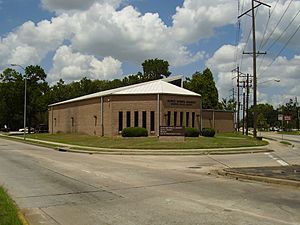 The area is served by the Acres Homes Neighborhood Library of the Houston Public Library.

All content from Kiddle encyclopedia articles (including the article images and facts) can be freely used under Attribution-ShareAlike license, unless stated otherwise. Cite this article:
Acres Homes, Houston Facts for Kids. Kiddle Encyclopedia.