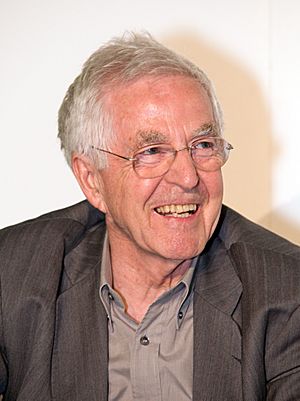 In 1984 he founded the company Büro Albert Speer & Partner in Frankfurt am Main. He was responsible for the design of Expo 2000 in Hanover, design of the Shanghai International Automobile City, and the central axis in Beijing created while serving as lead designer for the 2008 Olympics.

All content from Kiddle encyclopedia articles (including the article images and facts) can be freely used under Attribution-ShareAlike license, unless stated otherwise. Cite this article:
Albert Speer Jr. Facts for Kids. Kiddle Encyclopedia.