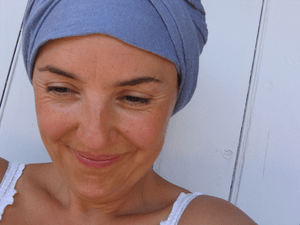 Albertine Zullo, professionally known simply as Albertine, (born 1967) is a Swiss illustrator who specializes in illustrating children's books, many of which have been published in English. Since 1996, she has taught screen printing at the Geneva University of Art and Design.

Born on 1 December 1967 in Dardagny in the Swiss Canton of Geneva, Albertine attended the École des arts décoratifs and the École supérieure d'art visuel, graduating in 1990. She immediately opened a screen printing studio. From 1991, she provided illustrations for various newspapers including Le Nouveau Quotidien, L'Hebdo and Le Temps.

In 1993, she met the writer Germano Zullo. After their marriage in 1996, they collaborated closely, publishing numerous books and receiving several awards. These included the Golden Apple in the Biennial of Illustration in Bratislava (1999) and the Prix suisse Jeunesse et Médias (2009). Albertine has also exhibited her work in Geneva, Lausanne, Paris, Rome and Tokyo.

In 2020 Albertine won the Hans Christian Andersen Award for illustration.

All content from Kiddle encyclopedia articles (including the article images and facts) can be freely used under Attribution-ShareAlike license, unless stated otherwise. Cite this article:
Albertine Zullo Facts for Kids. Kiddle Encyclopedia.