Kids Encyclopedia Facts
Not to be confused with Hans Christian Andersen Literature Award.

The Hans Christian Andersen Awards are two literary awards given the International Board on Books for Young People (IBBY), recognising one living author and one living illustrator for their "lasting contribution to children's literature". The writing award was first given in 1956, the illustration award in 1966. The former is sometimes called the "Nobel Prize for children's literature".

The winner of the Hans Christian Anderson Awards is selected by a jury which is put together by IBBY's executive committee. The Jury's president is elected by IBBY's General Assembly. There were initially seven jurors, but this was increased to eight and in 2000 to ten. Two years later, the jury was split with five members focusing on writing and the other five handling illustrations. The jurors are expected to be competent in children's literature and ideally represent a diverse group. It generally takes six months to review candidates and select a winner.

Jella Lepman served as Jury President for the first three Andersen Awards, 1956 to 1960, and remained on the jury until her death in 1970, as the President of IBBY and then as its honorary president. Current four-year terms cover two award cycles. Other notable presidents have included Virginia Haviland (1970-1974), Patricia Crampton (1982-1986), and Ana Maria Machado (1986-1990).

The award's regulations read: "The Hans Christian Award is presented every two years by IBBY to an author and to an illustrator, living at the time of the nomination, who by the outstanding value of their work are judged to have made a lasting contribution to literature for children and young people. The complete works of the author and the illustrator will be taken into consideration in the selection process". The award is explicitly designed to be an "international" work, and it is not explicitly given to a certain country.

IBBY has many member nations—all countries are eligible for membership. Every member nation has its own organization, known as a "national section", that is active across the country. All member nations can nominate candidates for consideration in the Hans Christian Anderson Awards. Some member states will repeatedly nominate the same author or illustrator, others nominate a new candidate each time. To nominate a candidate, a dossier is prepared that provides information including a list of works and biographical sketch. The portfolio must have between five and ten books by the candidate, which are sent to jurors, IBBY's president, and the "Jury Secretary". There were sixty-six nominees from thirty-three countries for the 2022 Hans Christian Anderson awards. 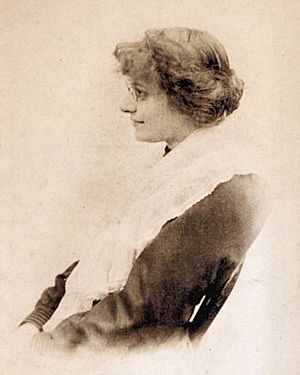 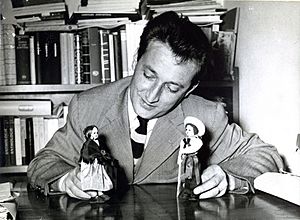 Gianni Rodari, who received the 1970 award 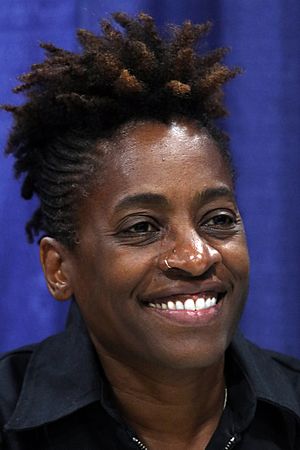 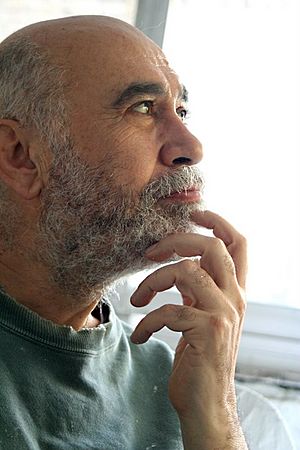 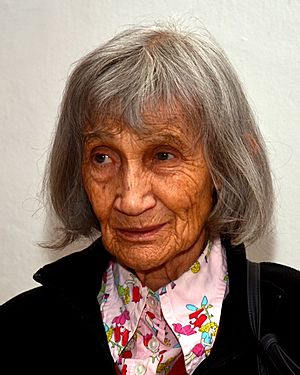 The winners are most often residents of Europe and North America; the first winner from outside that region was Farshid Mesghali in 1974, from Iran. After receiving the award. many authors and illustrators have their works gain wider recognition, particularly in the form of more translations. As of 2021[update] there have been award winners from 25 countries. Americans have received the most writing (6) and total (7) recipients. Germans have won four illustration awards, tying them for the most.

All content from Kiddle encyclopedia articles (including the article images and facts) can be freely used under Attribution-ShareAlike license, unless stated otherwise. Cite this article:
Hans Christian Andersen Award Facts for Kids. Kiddle Encyclopedia.