Almansa is a Spanish town and municipality in the province of Albacete. The municipality borders with Alicante, Valencia and Murcia. Almansa is famous for its Moros y Cristianos festival celebrated from the 1st to the 6th of May.

Almansa is built at the foot of a white limestone cliff. It has a Moorish castle at the top. It is in the middle of a fertile and irrigated plain. About 1 mile (1.6 km) south of the town centre there is an obelisk to remind people of the Battle of Almansa. The battle was fought there on the 25 April 1707 during the War of Spanish Succession. The Duke of Berwick who the son of James II defeated the allied British, Portuguese and Spanish troops.

The Sierra del Mugrón is located in the Almansa city limits.

The main sightseeing attraction is the 14th-century Castle of Almansa.

There are other important monuments, such as: 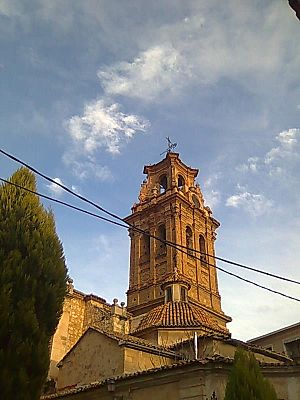 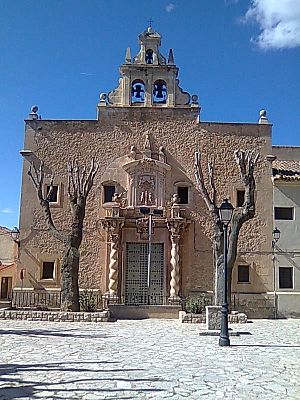 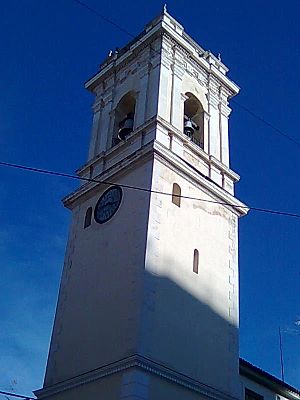 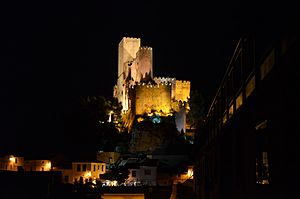 The medieval 'Castle of Almansa'. 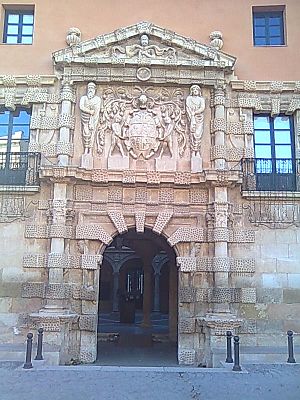 Facade of the City hall

All content from Kiddle encyclopedia articles (including the article images and facts) can be freely used under Attribution-ShareAlike license, unless stated otherwise. Cite this article:
Almansa Facts for Kids. Kiddle Encyclopedia.