Altmore (from Irish: Allt Mór, meaning "great glen")) is a hamlet and townland in County Tyrone, Northern Ireland. It is five miles from Carrickmore and four miles from Pomeroy. The townland is actually called Altmore (alias Barracktown) and is situated in the historic barony of Dungannon Middle and the civil parish of Pomeroy and covers an area of 1117 acres.

Most of the community consists of farmers who make their livelihood in cattle and pig farming.

The population of the townland declined during the nineteenth century: 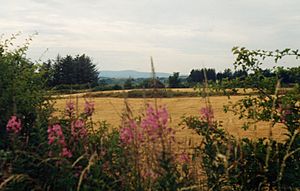 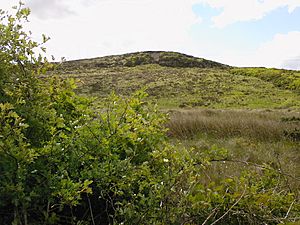 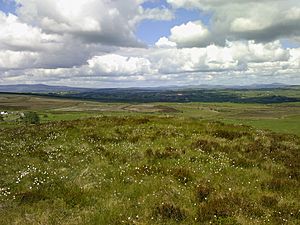 View from Shane Bernagh’s Chair. Looking towards Altmore May 2007.

Other places of interest include:

All content from Kiddle encyclopedia articles (including the article images and facts) can be freely used under Attribution-ShareAlike license, unless stated otherwise. Cite this article:
Altmore Facts for Kids. Kiddle Encyclopedia.