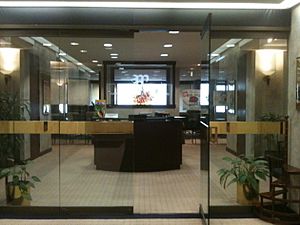 The American Alliance of Museums (AAM), formerly the American Association of Museums, is a non-profit association that has brought museums together since founding in 1906, helping develop standards and best practices, gathering and sharing knowledge, and advocating on issues of concern to the museum community. AAM is dedicated to ensuring that museums remain a vital part of the American landscape, connecting people with the greatest achievements of the human experience, past, present and future.

AAM is the only organization representing the entire scope of museums and professionals and nonpaid staff who work for and with museums. AAM currently represents more than 25,000 individual museum professionals and volunteers, 4,000 institutions and 150 corporate members. Individual members span the range of occupations in museums, including directors, curators, registrars, educators, exhibit designers, public relations officers, development officers, security managers, trustees and volunteers.

Every type of museum is represented by the more than 4,000 institutional members, including art, history, science, military, maritime, and youth museums, as well as public aquariums, zoos, botanical gardens, arboretums, historic sites, and science and technology centers.

At the 2014 American Alliance of Museums conference, the Institute of Museum and Library Services announced there are now at least 35,000 museums in the US.

An informal meeting was held at the National Museum in Washington, D. C. on December 21, 1905, for the “purpose of discussing the advisability of endeavoring to establish an association of the museums of America.”

Media&Technology (M&T) is a Professional Network of the American Alliance of Museums (AAM), a leading museums organization in the United States. The M&T Network is the AAM link between museums and media technologies. As such, it identifies, examines, and advocates appropriate uses of media technologies in helping museums meet the needs of their diverse publics. Membership is limited to institutions or individuals that are members of AAM. The mission of the M&T is "to identify, access, and advocate a broad variety of program uses for media and technology in helping museum professionals meet the needs of their diverse publics".

"The Spark" is the first comprehensive strategic plan in AAM’s recent history. It articulates a vision for museums, the field and AAM. The mission highlights AAM's commitment to leadership, advocacy, collaboration and service.

All content from Kiddle encyclopedia articles (including the article images and facts) can be freely used under Attribution-ShareAlike license, unless stated otherwise. Cite this article:
American Alliance of Museums Facts for Kids. Kiddle Encyclopedia.