Amir Muhammad Hussein Karara (Arabic: أمير محمد حسين كرارة‎code: ar is deprecated ; born October 10, 1977) is an Egyptian actor and TV presenter. His real beginning came during his presentation of Star Maker in 2003. Karara is best known for his dramatic and action roles such as his roles in No Surrender (2018), Horob Etirari (2017) and Special Operations (2007). His most important series including Kalabsh (2017), Al Tabbal (2016) and Hawari Bucharest (2015). Karara's recent films have grossed high box office revenues. His series Kalabsh with all its parts, achieved great success in Egypt, where he became famous under the name "Pasha of Egypt".

Amir Karara was born on 10 October 1977, in Cairo. He graduated from Faculty of Tourism and Hotels, department of Tourism, but he did not work in a profession related to his studies. He was a volleyball player and participated in the main national volleyball team in Egypt. He entered world championships in volleyball, but did not continue in the field of sports.

In December 2020, Karara announced that he had tested positive for COVID-19. In January 2021, he announced his recovery from it after 16 days. 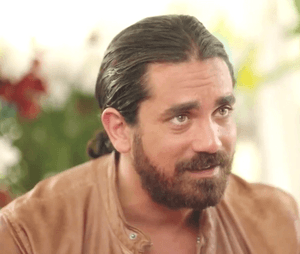 Karara's artistic beginning was in the field of television advertisements. He used to play small roles in the Egyptian advertisements. Until he was discovered by the Egyptian businessman Tarek Nour and presented his first program Star Maker in 2002. In the same year, he participated in the sitcom Youth Online and in the second season in 2003.

All content from Kiddle encyclopedia articles (including the article images and facts) can be freely used under Attribution-ShareAlike license, unless stated otherwise. Cite this article:
Amir Karara Facts for Kids. Kiddle Encyclopedia.