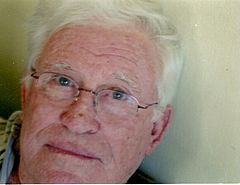 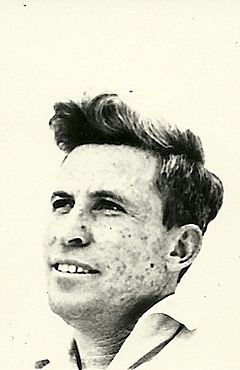 Amos Bar was born to Sarah and Pinhas Barber in moshav Tel Adashim, in the Jezreel Valley, Israel. At age 9, his family relocated to Tel Aviv. His early life experiences are richly interlaced in his books. After graduating from high school in Tel Aviv, he enlisted in the IDF and served in Nahlayim Mul Aza ("Nahal soldiers opposite Gaza"), the country's first Nahal settlement, which later became kibbutz Nahal Oz. In 1951, he joined Kibbutz Revivim in the Negev. His first book The Little Tractor Driver was written in 1958, following his experiences as a farmer in the kibbutz fields. He continued to publish numerous children's books, stories and children's magazines, radio plays and teleplays for children on radio and television. After graduating from the kibbutz seminary college and from Tel Aviv University, he was a teacher and an educator for many years.

In 1978, he assumed the editor-in-chief role of "Pashosh", a nature magazine for children published by the Society for the Protection of Nature in Israel, and remained its editor for 24 years. He also served as the editor of children's books in publishing houses: Schocken Books, Hakibbutz Hameuchad -Sifriat Poalim Publishing Group, and Kinneret Zmora-Bitan Dvir. Throughout the last two decades of his life he lived with his family in an Israeli community village, and held educational sessions with children and teenagers throughout Israel.

Amos Bar's books are inspired by his childhood experiences in the Land of Israel, its landscapes, and animals. His writing is characterized by a personal, smiling, and rogue style – seasoned with nostalgia and optimism. His strong affection for his characters is highly apparent in his books:

"Sometimes, early in the morning, for the sound of birdsong, I go back to the days of my childhood, seeing the sights of the world through the eyes of a child, hearing the sounds with child ears, and feeling everything with a child's heart. I instantly empathize with everything I tell about, from a tree and a flower to a bird, a deer or a dwarf; while writing I see them alive and perform tricks, hear them talk as human beings, and there is nothing I can do but write or tell what I see and feel ", described Amos his work process. "My childhood stories are written quickly and without difficulty. I simply remember clearly what happened to since I started to walk."

All content from Kiddle encyclopedia articles (including the article images and facts) can be freely used under Attribution-ShareAlike license, unless stated otherwise. Cite this article:
Amos Bar Facts for Kids. Kiddle Encyclopedia.