Angel of Independence facts for kids 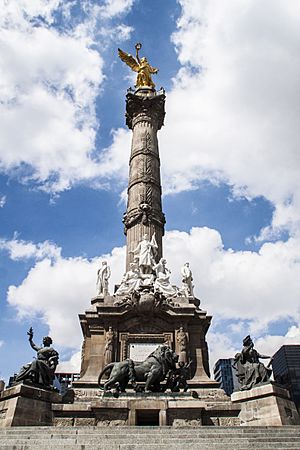 The Angel of Independence, officially known as Monumento a la Independencia, is an column in Paseo de la Reforma, between Río Tíber and Florencia streets, in Mexico City.

It was installed in 1910 by president Porfirio Díaz. It keeps the bodies of many heroes.

All content from Kiddle encyclopedia articles (including the article images and facts) can be freely used under Attribution-ShareAlike license, unless stated otherwise. Cite this article:
Angel of Independence Facts for Kids. Kiddle Encyclopedia.