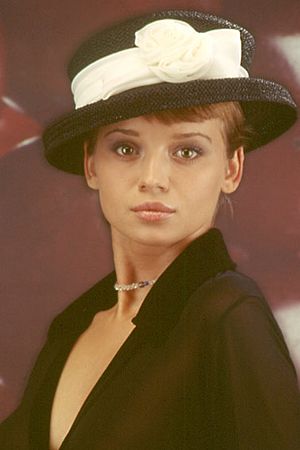 Anna Przybylska (26 December 1978 – 5 October 2014) was a Polish actress and model. She was born in Gdynia, Poland. She was ranked high amongst the most beautiful Polish actresses. In 2004, she was chosen to be the Polish ambassador for the ASTOR cometics brand. Two years later, she became the European ambassador for ASTOR. She was known for her role as Jadzia in Kariera Nikosia Dyzmy (2002).

All content from Kiddle encyclopedia articles (including the article images and facts) can be freely used under Attribution-ShareAlike license, unless stated otherwise. Cite this article:
Anna Przybylska Facts for Kids. Kiddle Encyclopedia.