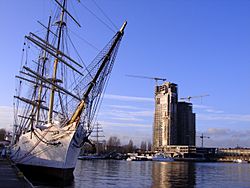 View from Kosciuszko Square; Dar Pomorza on the left, Sea Towers on the right 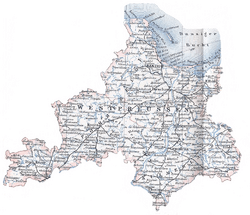 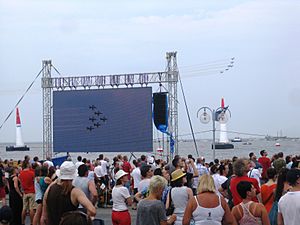 Gdynia (Kashubian: Gdiniô, German: Gdingen; 1939-1945 Gotenhafen) is a city in northern Poland in Pomeranian Voivodeship, and is an important and seaport of Gdańsk Bay on the south coast of the Baltic Sea. It has about 248 000 inhabitants and 135 km².

All content from Kiddle encyclopedia articles (including the article images and facts) can be freely used under Attribution-ShareAlike license, unless stated otherwise. Cite this article:
Gdynia Facts for Kids. Kiddle Encyclopedia.