Antico Pizza Napoletana is a pizzeria located in Atlanta, Georgia. In 2015, it is considered the 7th highest rated pizzeria in the United States by TripAdvisor. 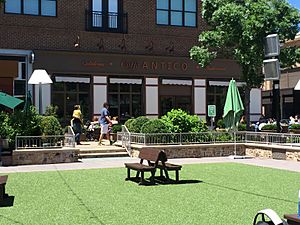 Antico's serves Neapolitan pizza and was originally opened in 2009 as a take out only restaurant located Westside halfway between Georgia Institute of Technology and Atlantic Station. Due to popularity the restaurant expanded to include full service. It is popular among Georgia Tech students.

In 2014, Di Palma was under investigation for labor conditions in his pizzeria after accusations of sweatshop conditions. Later, Di Palma reached a settlement out of court that would pay 56 independent contractors and employees of Antico a total of $329,445 for damages and back wages. In a statement after the settlement was reached Di Palma said, "...we have been fully compliant and transparent throughout the labor audit and are thankful the government was reasonable in our meetings to hear our comments and arrive at a fair settlement."

In 2016, Antico Pizza opened a restaurant in Miami Beach, Florida.

In 2017, Sports Illustrated listed Antico Pizza as one of the "tastiest destinations" in Atlanta.

All content from Kiddle encyclopedia articles (including the article images and facts) can be freely used under Attribution-ShareAlike license, unless stated otherwise. Cite this article:
Antico Pizza Facts for Kids. Kiddle Encyclopedia.