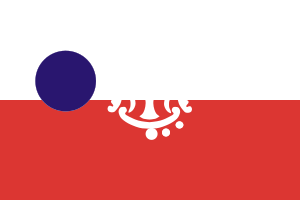 Arakan is a Burmese state on the western coast of Myanmar. It is next to Bangladesh.

The term Rakhine may have come from the Pali word "Rakkhapura" from "Rakkhita" meaning the land of the people of Rakhasa (Rakhasa > Rakkha > Rakkhaing > Rakhaing) who were given this name in honor of their preservation of their national heritage and ethics or morality. The word Rakhine means, "one who maintains his own race." In the Rakhine language, the land is called Rakhinepray, the ethnic Rakhine are called Rakhinetha.

Arakan, used in British colonial times, is believed to be a Portuguese corruption of the word Rakhine that is still popularly used in English. Many English language users no not use the name changes made by the military government.

All content from Kiddle encyclopedia articles (including the article images and facts) can be freely used under Attribution-ShareAlike license, unless stated otherwise. Cite this article:
Arakan State Facts for Kids. Kiddle Encyclopedia.