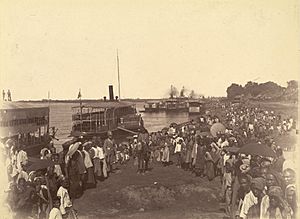 Suu Kyi's NLD won the 2020 Myanmar general election on 8 November in a landslide, again winning supermajorities in both houses—winning 396 out of 476 elected seats in parliament.

The USDP, regarded as a proxy for the military, suffered a "humiliating" defeat – even worse than in 2015 – capturing only 33 of the 476 elected seats.

As the election results began emerging, the USDP rejected them, urging a new election with the military as observers.

More than 90 other, smaller parties contested the vote, including more than 15 who complained of irregularities. However, election observers declared there were no major irregularities in the voting.

The military – arguing that it had found over 8 million irregularities in voter lists, in over 300 townships – called on Myanmar's Union Election Commission (UEC) and government to review the results, but the commission dismissed the claims for lack of any evidence.

In January, 2021, just before the new parliament was to be sworn in, The NLD announced that Suu Kyi would retain her State Counsellor role in the upcoming government.

In the early morning of 1 February 2021, the day parliament was set to convene, the Tatmadaw, Myanmar's military, detained State Counsellor Aung San Suu Kyi and other members of the ruling party.

The military handed power to military chief Min Aung Hlaing and declared a state of emergency for one year and began closing the borders, restricting travel and electronic communications nationwide.

The military announced it would replace the current election commission with a new one, and a military media outlet indicated new elections would be held in about one year – though the military avoided making an official commitment to that.

State Counselor Aung San Suu Kyi and President Win Myint were placed under house arrest, and the military began filing various charges against them. The military expelled NLD party Members of Parliament from the capital city, Naypyitaw. By March 15, 2021 the military leadership continued to extend martial law into more parts of Yangon, while security forces killed 38 people in a single day of violence. 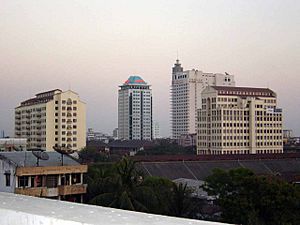 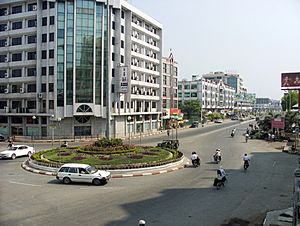 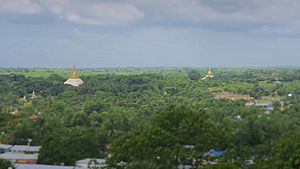 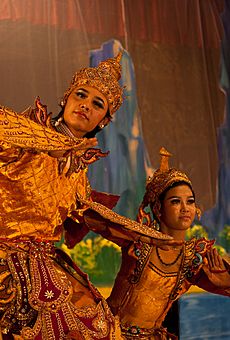 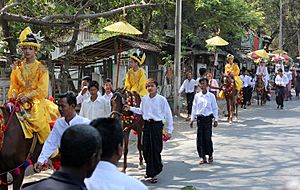 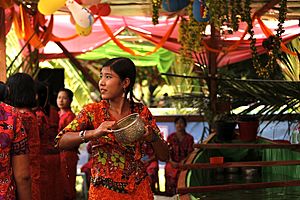