Artspace in Richmond, Virginia began in 1988 and is a non-profit, artist-run 501-C3 gallery and performance space currently located south of the James River in the Manchester area of the city at Zero East 4th Street in the art complex Plant Zero. The gallery began as Artspace 1306 in a donated, rent-free space at 1306 Cary Street in Richmond's historic Shockoe Slip. Upon the loss of its free space, the gallery moved to North 18th Street in Shockoe Bottom, retaining its original name of Artspace 1306. The gallery's next move as Artspace 1306 was to a much larger building at 6 East Broad Street in Jackson Ward, and the name of the gallery was changed at the request of the Richmond post office to Artspace, removing its former street number to prevent confusion at the new location. Artspace was the first of the Shockoe Bottom art galleries incorporated as non-profit organizations to locate on Broad Street, and it became an anchor gallery for Richmond's First Friday Art Walk and a popular and long-lasting venue for the Arts and Cultural District formed for Broad Street and Downtown Richmond.

Drawing membership from the Richmond Artists Association, the Richmond Printmaking Workshop, the local branch of the Women's Caucus for Art, and artists allied either as exhibiting artists, faculty, or students with the Virginia Museum of Fine Arts and the School of the Arts at Virginia Commonwealth University, the first organizational meeting of Artspace was held at the home of artist Henrietta Near and her husband, Virginia Museum of Fine Arts curator Pinkney L. Near, in Richmond's Fan District. The gallery opened soon after in 1988 as Artspace 1306 in Richmond's Shockoe Slip. The gallery name reflected its location at 1306 East Cary Street in "The Slip." The name Artspace 1306 was retained when the gallery relocated in Shockoe Bottom on North 18th Street and incorporated as a 501C-3 organization. Limited by the small size of their rental space, flooding of galleries in the "Bottom" before construction of the Richmond flood wall, and absence of parking space for overflow crowds, Artspace 1306 moved to 6 East Broad Street in Jackson Ward. At the request of the U.S. Postal Service Artspace dropped the former street number from its name. 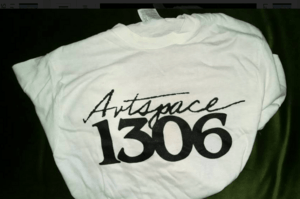 Around 2000 there began a membership split at Artspace over the location and uncertain future of the gallery, and the majority of Artspace members at Artspace on Broad voted to move to Plant Zero in the Manchester, VA area of Richmond south of the James River. Six dissenting founding members and supporters of Artspace remained at the Broad Street location of the gallery and incorporated a new non-profit gallery which they named art6. The original six members held an organizational meeting at Café Gutenberg in Shockoe Bottom, inviting new members for the Broad Street location. The lower-case "a" eventually evolved into the name as Art6 or Art 6.

Early exhibitions at Artspace 1306 in Shockoe Slip and Shockoe Bottom 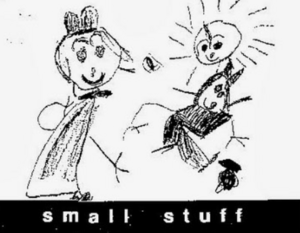 In Shockoe Bottom, Droit de Regard 3-D+ in 1992 at Artspace 1306 at 2 1/2 N. 18th Street featured five Richmond artists' individual approaches to the subject of sexuality. Steroscopic photographs by E.D. Franz and Doug Hayes and multi-media works by W. Jean Gilbert, Tavel, and Pam Taylor were exhibited. A three-person exhibition of paintings, prints, and sculpture, Humphrey/Coppola/Humphrey, was also shown in 1992. Artspace on 18th Street in Shockoe Bottom presented Collaborations, an exhibition of 26 works of art achieved collaboratively. Some of the collaborative teams were: Mary Holland and Steven Glass, Henrietta Near and Etta Edwards, Susan Papa and Jane Ware, Gloria Blades and Mitzi Humphrey, Patricia Martin-Nelson and Hall Fitzgerald, Larry Mullins and Jim Nottingham, and the trio Michael Clautice, Mitzi Humphrey, and Caryl Burtner. 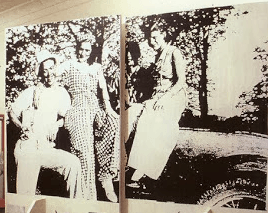 Exhibitions at Artspace in Jackson Ward at 6 East Broad St.

Benches and Portraits was an exhibition by sculptors John Bailey and Frances Wessells at Artspace in 1993. In 1994, Elizabeth Goldman presented Split Shifts, and Lizzie Zucker Saltz installed Amalgamated Terrata. In 1997 Catherine D. Johnson and Gene Laughter showed a series Bromoil Photographs. In 1996 David Freed curated 30 Years of VCU Printmaking at Artspace, featuring art by his former VCU students. In 1997 Vittorio Colaizzi reviewed Four Show at Artspace for Articulate Contemporary Art Reviews, focusing on the sculpture of Grady Smith. In 1998, Artspace presented the solo exhibition: THORNTON DIAL: The Tiger Looking In. Also in 1998, Artspace celebrated its 10th anniversary of existence, with A Decade of Richmond Art and Non-Toxic 2000 with David Freed as juror of the non-toxic printmaking show. Artspace featured The Architectural Photography of Norman McGrath and Associates in September and October 1999. The internationally recognized photographer and author Norman McGrath presented an exhibition of more than 70 images in both color and black and white. In 2000, the large woodcut anatomical studies of Sheila Pitt filled the main gallery of Artspace. In 2000 additional members exhibiting included Denise Crosson of Charlottesville, Theodore Holmes, Keith Ramsey, and Brian Maltby. Virginia Commonwealth University art professor Chuck Scalin curated the first ThinkSmall miniature invitational exhibition at Artspace in the Broad Street location in 2001. In 2002, R. Sawan White presented an installation piece entitled "Close". Also that year Deirdra McAfee and Mark Shepheard collaborated on the exhibition Black Boxes in the Skylight Gallery of Artspace, accompanied by a reading by McAfee In Commemoration of 9/11. 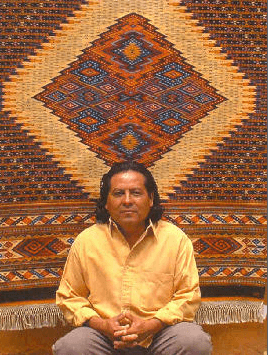 In April 9–11, 1999 choreographer John Bailey and his wife, dancer Frances Wessells, gathered 30 local dancers at Artspace for Parade 99, "a pageant of spectacularly costumed dancers and performers paraded--literally through the space." Starrene Foster, a veteran Artspace performer and gallery member presented Starr Foster Dance Project, and the klesmerlike band One Ring Zero performed at Artspace in 2000.

Gallery member and performance artist Linda Rae Johnson, known for her Ouchita Girl series of narrative monologues about her childhood in Ouachita Parish, Louisiana, was a rising star at Artspace. She was the author of "Ouchita Girl: Vignettes of a Louisiana Childhood."

In 2003 Leah Lamb led a performance event War: What Is It Good For?, including Richmond's Women in Black's silent protest Piecing: An Exploration of American Identity and Patriotism under the direction of Chris Burnside, Acting Chair of the Dance Department at Virginia Commonwealth University.

In 1999, 32 of Artspace ThinkSmall artists sent an exhibition called ThinkSmall VA/PA to Muse Gallery in Philadelphia.

Other outreach exhibitions included a members' group show at Café Bocce in Scottsville, Virginia, exhibitions at local Richmond nursing homes and the Richmond hospital for disabled veterans, a member's exchange show with a Philadelphia gallery, and a collaboration with the Elegba Folklore Society at a local Richmond private school which focused on the African cultural heritage of its African-American students.

Collaboration of Artspace and Art6 on ThinkSmall

In the early days of the division of Artspace and Art6, the two galleries collaborated on ThinkSmall, a biennial exhibition of miniature art (size limited to 3" x 3" x 3") which began in 2001 at the Broad Street location. Eventually Artspace in its new location at Plant Zero assumed responsibility for the ThinkSmall exhibition, which by November 2015 had reached ThinkSmall8, the eighth year of the biennial.

In 2009, local artist Michael Pierce and VCU instructor and artist Ginna Cullen curated BookArt@Artspace, for which they created a blog and published an illustrated catalog of the entire show. Among the artists included in the exhibition were Kenny Scharf, Richard Carlyon, and Keith A. Smith.

In 2013, FO/MENT was an exhibition of art by graduate students in the VCU School of the Arts at Virginia Commonwealth University.

In addition to continuing ThinkSmall, Artspace at Plant Zero in Manchester, Richmond, Virginia holds the biennial radius250, a juried exhibition open to artists living and working within a 250 mile radius of Richmond.

In 2016, as part of an observance of Suicide Prevention Week, the father of 30-year-old Virginia artist John Terrell presented an exhibition Full Spectrum: John Terrell Retrospective (20014-2015) at Artspace of the accomplished paintings of his son who suffered from mental illness.

All content from Kiddle encyclopedia articles (including the article images and facts) can be freely used under Attribution-ShareAlike license, unless stated otherwise. Cite this article:
Artspace in Richmond, Virginia Facts for Kids. Kiddle Encyclopedia.