Aaryamaan - Brahmaand Ka Yoddha is an Indian superhero space opera TV series that aired on DD National. It was produced under the banner of Bheeshm International by Mukesh Khanna, who had earlier created and done the lead role in India's first television superhero Shaktimaan in 1997. It held the record of the most expensive Indian television drama ever for a short period.

The series follows the story of Aryamaan (Mukesh Khanna), the warrior Prince of the human inhabited Thar Empire of the Aariyana galaxy, situated millions of light years away from Earth. Aryamaan, son of Emperor Jarant and the Emperor's second wife Queen Rasa, is the rightful heir to the throne of the Thar Empire. When Aryamaan was born, the drought-struck Aariyana experienced its first showers in many years. The distressed civilians looked up to the boy and believed that he is their saviour and will tide them over in all adverse situations.

However, Aryamaan's step-mother and Emperor Jarant's first-wife queen Nasa gets extremely jealous of Rasa and Aryamaan. She also gives birth to a mutated non-human child simultaneously when Rasa gives birth to Aryamaan. A further jealous Nasa makes more than one attempt to kill the baby Aryamaan. Queen Rasa realizes that as long as Aryamaan lives with her in Thar, there is danger to his life. She instead instructs a helper robot called Tobo to take the child to planet Gurukshetra, where the 750-year-old Hoshin, a direct descendant of the great Ariyan would raise Aryamaan. Hoshin trains Aryamaan in fighting and other practices of a warrior. After learning all he has to learn from Hoshin, Aryamaan receives a special armour suit, which can be opened from its showcase only by Aryamaan's hand print. Aryamaan first visits his Thar planet and finds out that Emperor Jarant has been overthrown by Nasa, appointing her half-human, half-beast son as a dummy king while making her the Royal Mother. Aryamaan meets his parents, who have been imprisoned and chained to work in the mines of Thar. Unable to do anything at the moment, Aryamaan sets out to various planets in search of a powerful weapon called Chandrahaas, to win back his lost kingdom. Along the way, has to confront his stepmother Queen Nasa, Shukrant, Narak and other evil villains. 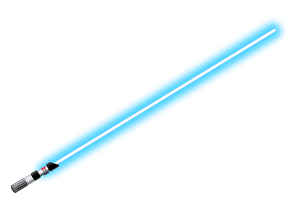 According to Mukesh Khanna, unlike Shaktimaan, the drama had a wider appeal, targeting all sections of television viewers in India and its production values are ten times bigger than that of the Shaktimaan. He also described the show as the "Indian version of the famous Star Wars". The special effects were created by Crest Communications. The cost of production is said to be about Rs. 15 lakhs-Rs. 20 lakhs per episode. The team chose RK Studios for a month and Natraj Film Studio "to put up massive sets, including a spaceship with detailed interiors, including fake switchboards and consoles". The rest of the area was converted into a storage space for the costumes and props such as swords and lightsabers.

The title song is given by Pyarelal Ramprasad Sharma of the Laxmikant–Pyarelal. According to him, the opening theme contains a balanced fusion between Indian melody and Western music.

All content from Kiddle encyclopedia articles (including the article images and facts) can be freely used under Attribution-ShareAlike license, unless stated otherwise. Cite this article:
Aryamaan – Brahmaand Ka Yodha Facts for Kids. Kiddle Encyclopedia.