Star Wars is a series of science-fiction movies by George Lucas. As of December 2017, nine movies have been made through the company, Lucasfilm Ltd, released by 20th Century Fox, and distributed by United International Pictures.

Star Wars has been so popular that there have been Star Wars books, video games, television shows, toys, and more.

Star Wars is also known for its iconic music, and one of the most popular pieces of music ever written for a movie, by John Williams.

In these movies, robots are called droids, taken from the English word android (meaning human-like), even though many of them do not have a very human appearance. Some of the main heroes and villains in the movies use energy swords called lightsabers that can cut almost anything.

The Force is a magic-like power, and in ways it is like a religion. It is a belief that the force flows through every living thing. In the words of Obi-Wan Kenobi:

The Force is what gives a Jedi his power. It's an energy field created by all living things. It surrounds us, penetrates us, and binds the galaxy together.

People who can control the Force with their minds get a number of special powers, like telepathy, telekenesis (moving things with your mind) and precognition (knowing about things before they happen) also mind control (telling people comands they must follow).

The Jedi and the Sith

The Jedi are a group of beings who use the Force to bring peace and harmony to people, planets, and cultures. They are trained to use the force for good purposes. They are sworn enemies with another group called the Sith. Usually, they use green, blue, orange, yellow or purple lightsabers.

The lightsaber is a dangerous and powerful weapon used by the Jedi and the Sith. It can be described simply as a light sword. These weapons are very special to a Jedi or Sith. They are custom built to special specifications by the Jedi or Sith. The Sith tend to take a Jedi's lightsaber as a prize if they win the battle. Many epic battles have been fought with lightsabers between the Jedi and the Sith. For the lightsaber to be a weapon it is powered by a special crystal called a kyber crystal. The reason it is powerful and dangerous is that when someone touches the blade, one gets burned straight away.

Anakin Skywalker is a young boy who meets Obi-Wan Kenobi and learns the ways of the Force (and to become a Jedi). Although Jedi are not allowed to get married, as an adult Anakin falls in love with Senator Padmé Amidala and they get married. Anakin later goes to the Dark Side and turns against Obi-Wan Kenobi and the rest of the Jedi. He then renames himself Darth Vader. Before he turned against his wife, Anakin had two children with Senator Amidala, Leia and Luke Skywalker, that he does not know about. Senator Amidala dies after giving birth to their twins. After birth, the twins are separated to prevent Vader and the Dark Side from finding and hurting the children. Obi-Wan Kenobi sends Luke to a planet called Tatooine to live with his Uncle Owen and Aunt Beru. Leia is raised by Senator Bail Organa of the planet Alderaan; she is called Princess Leia Organa.

When they get older, Luke and Leia meet again. At first they don't know that they are brother and sister, but they eventually find out. They help fight the evil government, called the Galactic Empire. Luke also learns the ways of the Jedi from Obi-Wan Kenobi and Yoda. In the end, they defeat the Empire, with the help of the Rebellion, and Luke helps his father Anakin become good again. Unfortunately, Anakin dies. The galaxy is then saved for a while.

Thirty years later, however, the Empire rises again in the form of the First Order. However, the New Republic does not believe that it is a threat. Those who do believe form the Resistance, led by Leia. Luke has vanished, and Leia has married Han Solo. They had a child, named Ben, but Ben was corrupted by the First Order and is now called Kylo Ren. Rey, a desert scavenger, fights with Han against the First Order, but Kylo Ren kills his father. However, Rey still manages to gain a large defeat against the First Order with the help of the Resistance. Rey then finds Luke, who was searching for the first Jedi Temple and for more knowledge about the Jedi.

The Caretakers of Ahch-To

The manatee nuns from “The Last Jedi” may not take an immediate like to Rey, but we sure like them. These wise caretakers in cream-colored habits are as cute as they are intense.

Yes, Lucas went overboard with the killer teddy bears of Endor, populating film and TV projects with these forest fuzz-warriors. And it was their very engineered-for-cuteness factor that first divided Star Wars fans as pro- and anti-Ewok a long time ago — even if some naysayers softened a bit after the bar was lowered in 1999 by Jar Jar Binks.

Although the narrative may separate them, they are an inseparable joint entry here, befitting their place as a great action-comedy team. R2-D2 is the droid that Resistance royals are forever looking for — the beeping do-it-all mechanic and sometime projector. And C-3PO is the know-it-all, fussy butler of protocol, languages and odds-making.

Many books, short movies, and video games have been produced that deal with events that do not happen in the original movies. They also tell more about things that did happen in the movies. For example, the book Death Star tells about the building and destruction of the space station from the original movie. It tells much about things seen in that movie but from the point of view of the people on the station. Most of the stories in the Expanded Universe are about the rebuilding of the Republic after the Empire's defeat. They are set anywhere from the early Sith Wars which happened 5,000 years before Episode VI to more than one hundred years after Episode VI. 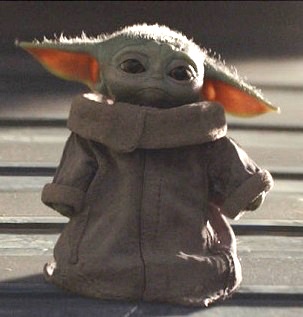 All content from Kiddle encyclopedia articles (including the article images and facts) can be freely used under Attribution-ShareAlike license, unless stated otherwise. Cite this article:
Star Wars Facts for Kids. Kiddle Encyclopedia.