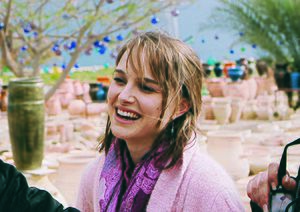 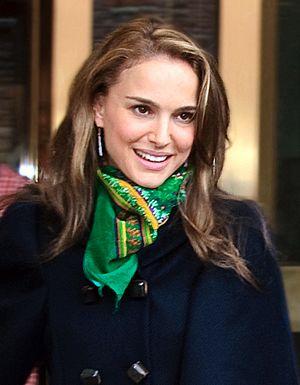 At the 2009 Toronto International Film Festival 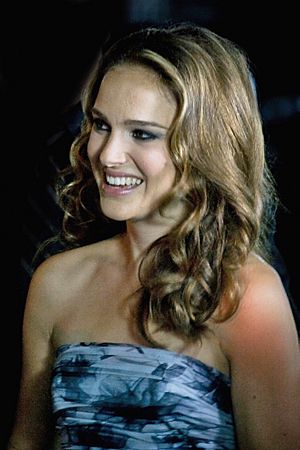 Natalie Portman (born Natalie Hershlag; Hebrew: נטע-לי הרשלג‎‎; June 9, 1981) is an Israeli-American actress. She was born in Jerusalem, Israel. Portman is an only child. She lived in Washington, D.C. and Connecticut before coming to Long Island, New York with her parents. In 1999, she graduated from Syosset High School. Portman attended Harvard University, studying Psychology. In 2010, She won the Academy, BAFTA and Golden Globe Awards for "Best Actress" for her acting in the movie Black Swan.

She is most famous for starring in Star Wars Episodes I, II and III as Padme in the early 21st century. She has also appeared on Saturday Night Live. 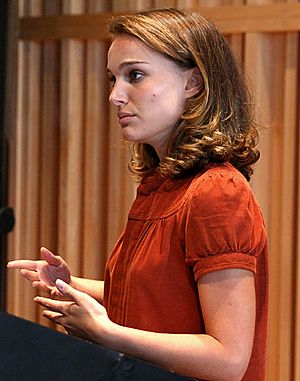 Speaking about her work with global microfinance organization, FINCA International at Columbia University in 2007

Portman began dating French ballet dancer Benjamin Millepied in 2009. The couple met while she was filming Black Swan, for which he was the choreographer.

In December 2010, Portman announced their engagement and confirmed her pregnancy.

Portman and Millepied married in a Jewish ceremony in Big Sur, California on August 4, 2012. 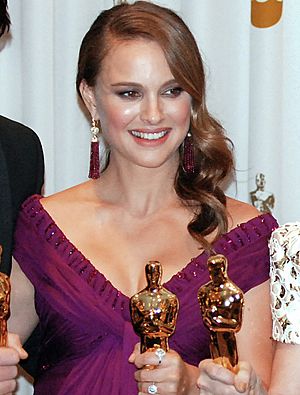 Holding her Oscar at the 83rd Academy Awards, 2011

All content from Kiddle encyclopedia articles (including the article images and facts) can be freely used under Attribution-ShareAlike license, unless stated otherwise. Cite this article:
Natalie Portman Facts for Kids. Kiddle Encyclopedia.