Ashland is a village in the northernmost portion of Natchitoches Parish, Louisiana, United States. A few residences and a convenience store to the north spill over into neighboring Bienville Parish. The population was 291 at the 2000 census but declined 9 percent to 269 in 2010. The median age was 45.7 years. Ashland is part of the Natchitoches Micropolitan Statistical Area but is located nearly forty miles to the north of the parish seat of Natchitoches.

The Ashland mayor is Donna Holland Horn. The village council consists of two No Party members, Juanita Calhoun and Dorie Harp, and a Republican, Terry Chesser. The police chief is Fred Holland, a Democrat. All of the Ashland town officials were unopposed for new terms in the primary election held on October 2, 2010.

On September 2, 2011, a forest fire destroyed ten houses between Ashland and Creston, but residents escaped personal injury. According to Louisiana Commissioner of Agriculture and Forestry Mike Strain, the blaze scorched several thousand acres and was propelled by past drought conditions combined with high winds coming from the aftermath of Tropical Storm Lee in the Gulf of Mexico.

The regional railroad, the Louisiana and Arkansas Railway (1898–1992), owned by William Buchanan, William Edenborn, and later Harvey C. Couch, came through Ashland in 1899. A turntable was constructed on land that was subdivided by Andrew R. Johnson, an Alabama native. Johnson named the community in 1901 after his former city of residence, Ashland in northern Wisconsin. There was a railroad passenger and freight station, equipped with a platform for lifting cotton into the cars. Railroad cross ties were also manufactured in Ashland.

Cotton and corn were the principal crops in Ashland at the turn of the 20th century. The pioneers of Ashland are described in a history penned by H. Welborn Ayres as "fiercely independent", having refused an offer of government grain assistance during the 1896-1898 drought. Joe A. Pullig (1849–1926) operated a general store, later in partnership with William McCain. Pullig's business was near the newly opened United States Post Office, which was managed by the postmaster D. F. "Dave" Williams. Mail at the time reached Ashland by the bayou at Lake Village five miles (8 km) to the west. There was also a Carlile Hotel, long since demolished, which was owned by Tom and Duck Carlile and located east of the railroad track.

No businesses except the convenience store in Bienville Parish exist in Ashland today though there were a half dozen in the 1950s. The Ashland Baptist Church, Village Hall, Masonic lodge hall, and Post Office remain the principal entities. The lack of business in 1979 compelled Welborn Ayres to equate Ashland with "The Deserted Village" of the Oliver Goldsmith poem.

In 2001, Ashland celebrated its centennial with a spring festival, still held during the last weekend of March.

Climate is characterized by relatively high temperatures and evenly distributed precipitation throughout the year. According to the Köppen Climate Classification system, Ashland has a humid subtropical climate, abbreviated "Cfa" on climate maps.

There were 121 households out of which 27.3% had children under the age of 18 living with them, 57.0% were married couples living together, 14.9% had a female householder with no husband present, and 27.3% were non-families. 25.6% of all households were made up of individuals and 15.7% had someone living alone who was 65 years of age or older. The average household size was 2.40 and the average family size was 2.88.

Pat's Chapel at the Hathorn Cemetery in Ashland

First interment, an infant who died in 1862, at the Hathorn Cemetery

Annual Hathorn Cemetery memorial is held the Saturday before the first Sunday in June.

Graves at the Hathorn Cemetery 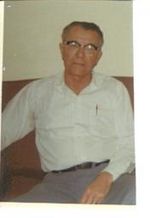 Murrl M. Hathorn, great-grandson of Squire Hathorn, was president of the Hathorn Cemetery Association from 1978-1979.

The boundaries of the community now extend well beyond the former village proper. Louisiana State Highways 153 and 155 intersect as they pass through Ashland. Highway 153 extends northward to Castor and southward to Campti, and Highway 155 proceeds westward toward Martin and Coushatta, the seat of neighboring Red River Parish.

The village has two cemeteries, the larger Ramah Cemetery, and smaller Hathorn Cemetery.

All content from Kiddle encyclopedia articles (including the article images and facts) can be freely used under Attribution-ShareAlike license, unless stated otherwise. Cite this article:
Ashland, Natchitoches Parish, Louisiana Facts for Kids. Kiddle Encyclopedia.