Askeaton Abbey is located in the north of Askeaton, on the east bank of the River Deel. 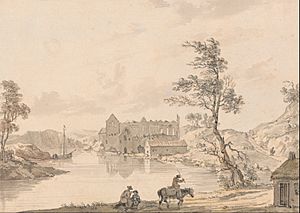 The abbey was reformed under the Order of Friars Minor in 1490; it was reformed again in 1513 and a provincial chapter held there in 1564.

Askeaton was plundered and later abandoned by Nicholas Malby's men in 1579 during the Second Desmond Rebellion, and some of the friars were killed. It was revived in 1627 and abandoned in 1648 when Cromwell’s forces neared. It was reestablished in 1658 and continued to house friars until 1714. 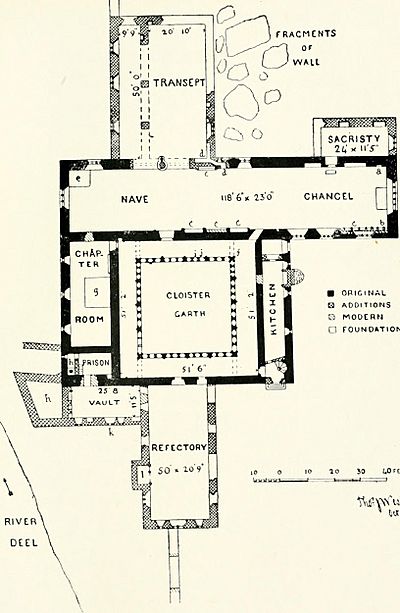 Plan of the friary

The church and its north transept, sacristy, cloister arcade and domestic buildings survive. Notable features include the cloister with its carvings of Francis of Assisi with stigmata, a Mass dial, sedilia, several Fitzgerald dynasty tombs, and a carving of Christ as the Man of Sorrows.

All content from Kiddle encyclopedia articles (including the article images and facts) can be freely used under Attribution-ShareAlike license, unless stated otherwise. Cite this article:
Askeaton Abbey Facts for Kids. Kiddle Encyclopedia.