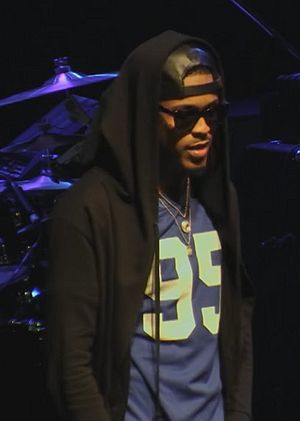 August Anthony Alsina Jr. (born September 3, 1992) is an American hip-hop singer. He was born in New Orleans. He released his first mixtape in 2011. In August 2013 he was signed to Def Jam Recordings. His first EP Downtown: Life Under the Gun was released by Def Jam that month. It reached number 68 in the Billboard 200. His first album is going to be released in 2014.

All content from Kiddle encyclopedia articles (including the article images and facts) can be freely used under Attribution-ShareAlike license, unless stated otherwise. Cite this article:
August Alsina Facts for Kids. Kiddle Encyclopedia.