Bernard Lawrence "Bernie" Madoff (April 29, 1938 - April 14, 2021) was an American former investor, former stockbroker and former non-executive chairman for NASDAQ Stock Market. He was the admitted operator of a Ponzi scheme which is the largest financial fraud in United States history. 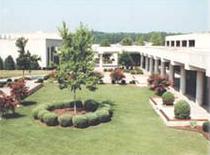 In March 2009, Madoff pleaded guilty to 11 federal felonies and admitted to turning his wealth management business into a massive Ponzi scheme. Thousands of investors lost billions of dollars. Madoff said he began the Ponzi scheme in the early 1990s. However, federal investigators believe the fraud began as early as the 1970s. The people who are hunting for the missing money believe the investment operation may never have been legitimate. The amount missing from client accounts, including fabricated gains, was almost $65 billion. The court-appointed trustee estimated actual losses to investors of $18 billion. On June 29, 2009, he was sentenced to 150 years in prison, the maximum allowed.

Madoff is of Jewish descent. He was married to Ruth. The elder of their two sons died in 2010. The younger son died in 2014. In December 2013, Madoff suffered from a heart attack. In January 2014, he had stage 4 kidney cancer.

All content from Kiddle encyclopedia articles (including the article images and facts) can be freely used under Attribution-ShareAlike license, unless stated otherwise. Cite this article:
Bernard Madoff Facts for Kids. Kiddle Encyclopedia.