The locomotive was built for the South Carolina Canal and Rail Road Company by the West Point Foundry of New York in 1830. Disassembled for shipment by boat to Charleston, South Carolina, it arrived in October of that year and was unofficially named The Best Friend of Charleston. After its inaugural run on Christmas Day, the Best Friend was used in regular passenger service along a six-mile (9.7 km) demonstration route in Charleston. For the time, this locomotive was considered one of the fastest modes of transport available, taking its passengers "on the wings of wind at the speed of fifteen to twenty-five miles per hour (24 to 40 km/h)." The only mode of travel that was any faster was by an experienced horse and rider.

On June 17, 1831, the Best Friend became the first locomotive in the US to suffer a boiler explosion. The blast is said to have been caused by the fireman tying down the steam pressure release valve; he had grown tired of listening to it whistle, so to stop the noise he closed the valve permanently (another account has the fireman placing a stout piece of lumber on the safety valve and sitting on it). Another reason may have been the fireman was trying to overpressure the boiler as the locomotive was expected to perform hard work, i.e., climbing a gradient upon setting off. This was common practice and a common cause of boiler bursts until a tamper-proof safety valve was produced. The blocked valve caused the pressure within the boiler to exceed its capacity, and it exploded. The resulting blast was said to have hurled metal fragments over a wide area and killed the fireman. The locomotive's engineer Nicholas Darrell was uninjured in the explosion.

According to Centennial History of South Carolina Railroad, this wrote a new rule in the SCC&RR operating manual that engineers were to remain on station at all times, with the aid of newly hired conductors to manage cars, passengers and switches. Salvageable parts from the Best Friend were later used to build the Phoenix which seems to have run up to the time of the American Civil War. To restore passenger confidence, a flatcar piled high with protective cotton bales was placed between the locomotive and its passenger cars. 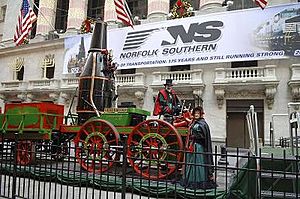 The Best Friend replica outside the New York Stock Exchange Building on December 12, 2005. 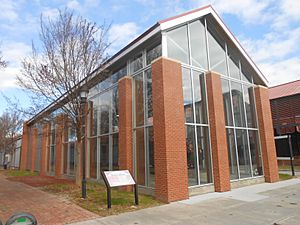 In 2013, a new display area for the 1928 replica of the Best Friend of Charleston was built at 32 Ann St. in downtown Charleston.

Today, an operable replica of this locomotive is in the hands of the Charleston, SC Chapter, National Railway Historical Society. This replica was built in 1928 to commemorate the centenary of the South Carolina Canal and Rail Road and was widely exhibited in the following years. On August 6, 2005, the Best Friend replica was lent by the City of Charleston to the Norfolk Southern Railway (NS), the current operator of the original SCRR line, for five years. After refurbishing at NS shops in Chattanooga, NS brought the replica to New York City for display on December 12, 2005, outside the New York Stock Exchange Building in a ceremony commemorating 175 years of American railroad history. This replica, which was on public display at NS Atlanta headquarters at 1200 Peachtree Street in midtown Atlanta, was transported by truck in October 2013 to Charleston, SC. Another full-size replica is on exhibit at the South Carolina State Museum, in Columbia, South Carolina.

All content from Kiddle encyclopedia articles (including the article images and facts) can be freely used under Attribution-ShareAlike license, unless stated otherwise. Cite this article:
Best Friend of Charleston Facts for Kids. Kiddle Encyclopedia.