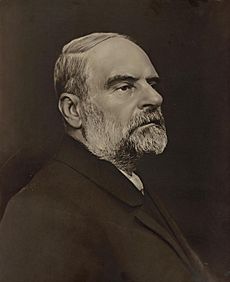 The origins of the church date back to 1854, when meetings were held at a house in Commercial Street, and later at a house in Duffryn Street. A schoolroom was built in 1857, at a cost of £500, which became known as Capel Bach. Memorial stones for this building were laid by William Lloyd, draper, of Commercial Street and Rees Evans, grocer, amongst others. There was no permanent minister until 1870. During this period, Rev T. Rees and Morgan Edwards, the minister and deacon at Libanus, Aberaman, paid regular visits to support the young church. In 1870, the Rev. T. C. Phillips became minister and remained until 1884.

Evan Roberts, the revivalist, attended Bethlehem for a brief period in 1899.

After 27 years as minister at Bethlehem, M. D. Jones died in 1911. A tablet in his memory was unveiled by the Rev J. Morgan Jones, Cardiff, in September 1913.

Following the death of M. D. Jones, the church was without a minister until J. R. Evans of Bwlch, Breconshire, was inducted as minister in July 1914.

Following the destruction of the Duffryn Boys School by enemy bombing in June 1941, the vestry was used as an infants' school from 1942 until 1948.

In 1952 a joint pastorate was established with the Independent church at Bethania and a new pipe organ was installed in 1953 at a cost of £950.

Bethlehem closed in 1980 and the building was demolished in 1990. Hillcrest Medical Centre was built on the site in 1992/93.

All content from Kiddle encyclopedia articles (including the article images and facts) can be freely used under Attribution-ShareAlike license, unless stated otherwise. Cite this article:
Bethlehem, Mountain Ash Facts for Kids. Kiddle Encyclopedia.