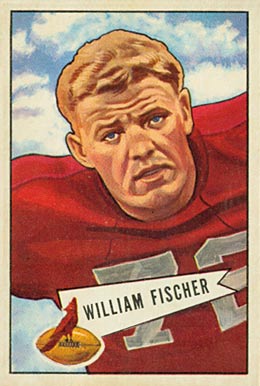 William Anton "Bill" Fischer (March 10, 1927 – January 20, 2017), nicknamed "Moose", was an American football player. He played as an offensive lineman. He played in the National Football League (NFL) for the Chicago Cardinals from 1949 to 1953. He was born in Chicago, Illinois.

All content from Kiddle encyclopedia articles (including the article images and facts) can be freely used under Attribution-ShareAlike license, unless stated otherwise. Cite this article:
Bill Fischer (American football) Facts for Kids. Kiddle Encyclopedia.