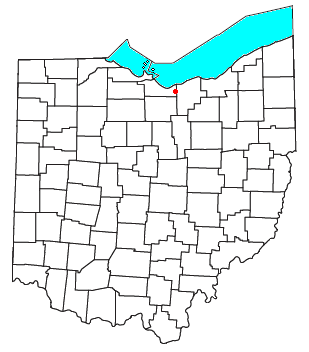 Birmingham is an unincorporated community in eastern Florence Township, Erie County, Ohio, United States. It is part of the Sandusky Metropolitan Statistical Area. Although Birmingham is unincorporated, it has a post office, with the ZIP code of 44816. It is located at the intersection of State Routes 60 and 113.

Birmingham was the original site of the Woollybear Festival.

The community was named after Birmingham, England, for the fact its founders hoped the town eventually would boast an industrial base as famous as the English city's. A post office called Birmingham has been in operation since 1832.

All content from Kiddle encyclopedia articles (including the article images and facts) can be freely used under Attribution-ShareAlike license, unless stated otherwise. Cite this article:
Birmingham, Erie County, Ohio Facts for Kids. Kiddle Encyclopedia.