Blaichach is a municipality in the district of Oberallgäu in Bavaria in Germany. It is in the northeast of the municipality the Iller flows through Blaichach. Blaichach was first mentioned as Bilaicha in 1275. Between 1988 and 2008 Blaichach grew by 599 people. 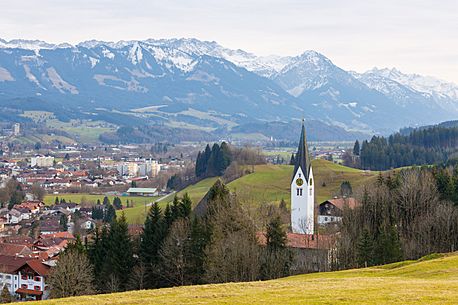 All content from Kiddle encyclopedia articles (including the article images and facts) can be freely used under Attribution-ShareAlike license, unless stated otherwise. Cite this article:
Blaichach Facts for Kids. Kiddle Encyclopedia.